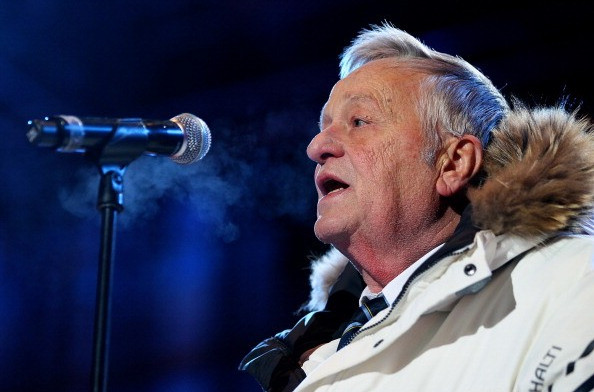 Switzerland's Gian Franco Kasper is expected to be unveiled as the interim President of SportAccord to replace Marius Vizer following a meeting in Lausanne next week, insidethegames has been told.

Kasper, the 70-year-old President of both the International Ski Federation (FIS) and the Association of International Olympic Winter Sports Federations (AIOWF), is set to be nominated in his capacity as SportAccord first vice-president.

A source close to SportAccord has told insidethegames today that, while there is no statutory provision for appointing a replacement, it is expected that, "according to good practice" Kasper will be invited to accept the role "until such time as elections are held".

This will be decided upon at a Council meeting at the Beau-Rivage Palace Hotel on Monday (June 8), with it hoped that an Extraordinary General Assembly could then be held at some stage afterwards, in which an election to make a permanent appointment would lead the agenda.

Kasper had long been seen as an ally of Vizer and, while summer sporting bodies were quick to disassociate their SportAccord membership following Vizer's fiercely critical words about the International Olympic Committee (IOC) during the body's General Assembly last month in Sochi, Kasper and AIOWF stayed more neutral, calling for “constructive dialogue between SportAccord and all stakeholders in the interests of the Olympic Movement”.

His decision last week to suspend ties was consequently seen as a major blow and, some believe, a key reason for Vizer's subsequent decision to step down.

But at the same time, Kasper is also a key ally of IOC President Thomas Bach, having been the first beneficiary of the Agenda 2020 rule charge regarding age limits where he was permitted to remain an IOC member last December despite turning 70 the following month.

It therefore remains to be seen whether he will be prepared to lead SportAccord, with insidethegames understanding that the recent pace of developments means that a "wait and see" policy is being adopted, with many different outcomes possible.

All members of the Council, including those who represent organisations which have withdrawn from SportAccord have been invited to the meeting, due t take place the day after an IOC Executive Board meeting in Lausanne.

Others who should therefore be present include vice-president Raffaele Chiulli, head of the Association of IOC Recognised International Sports Federations which also disaffiliated last week, as well as Marisol Casado and Patrick Baumann, who represent triathlon and basketball respectively, two sports among the 29 to have withdrawn or suspended their membership prior to Vizer's resignation.

insidethegames has contacted Kasper for a comment on whether he would accept an offer to be interim President.

Related stories
June 2015: Nick Butler: IOC has seen off Vizer but can now expect more scrutiny
May 2015: Vizer resigns as President of SportAccord
May 2015: Major blow for Vizer as close allies pull organisations out of SportAccord
May 2015: Introduction of Olympic prize money among radical proposals made by Vizer ahead of proposed meeting with Bach
April 2015: Vizer attacks Bach over interference, lack of transparency and claims Agenda 2020 brought no benefit to sport