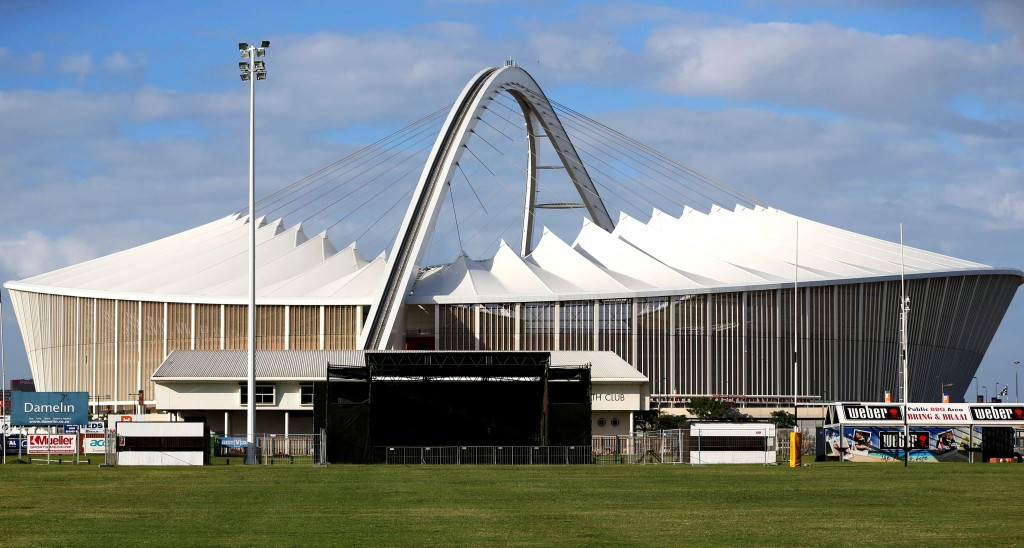 EThekwini Municipality’s Executive Committee have approved a budget proposal of ZAR1.1 billion (£59 million/$90 million/€83 million) aimed to deliver infrastructure upgrades and an athletes village should Durban be awarded the right to host the 2022 Commonwealth Games.

The cost is set to be shared equally with the province of KwaZulu-Natal, with the total contribution of the city earmarked to be ZAR543 million, while the estimated overall cost for South Africa of hosting Africa’s first Commonwealth Games was estimated at ZAR3.4 billion (£180 million/$280 million/€260 million).

The decision of the Municipality’s Executive Committee, which includes Durban and the surrounding towns, was made after a progress report was put forward by municipal manager S’bu Sithole, with the funds of the city set to be put towards the upgrade, maintenance and equipping of sports venues in preparation for the Commonwealth Games.

“A technical subcommittee will prepare a detailed multi-year budget leading up to 2022 with clear milestones and financial requirements for each financial year,” Sithole stated after the proposal was approved.

“The financial responsibilities will be clearly defined within this process."

Sithole’s report and the budget approval comes a month after the Commonwealth Games Federation’s (CGF) Evaluation Commission completed their four-day visit to the South African city, who are the only remaining bidders, following the withdrawal of the Canadian city of Edmonton in February.

Durban are expected to be confirmed as the hosts of the Games at the CGF General Assembly in Auckland New Zealand, on September 2, with the bidding process set to have cost an estimated total of ZAR98m (£5 million/$8 million/€7 million).

Of that figure the City and the KwaZulu-Natal Provincial Government will share an ZAR35m (£1.8 million/$2.9 million/€2.6 million) contribution towards preparing the bid document, which will include the plans for all the stadiums to be used.

Should Durban be awarded the Games, the predominant investments from the city would be aimed towards the improving infrastructure, including the rehabilitation and upgrading of existing facilities.

The outdoor Rachel Finlayson swimming pool is likely to be one of Durban’s proposed facilities which would require upgrading, after the CGF Evaluation Commission chief Louise Martin told insidethegames during their visit that Durban 2022 needed to make “big decisions” as the pool currently did not meet international standards.

In addition to the budget is was also recommended that a task team should be created to engage with national government on the development of Cornubia as an Athletes village, the funding for which would be sought from National Government, while the Kingsmead Cricket Oval would be used as a Media Broadcasting Centre and SABC Land/Kingsmead Office Park will be used as an International Broadcasting Centre.

While the cost to South Africa was outlined by the report, Durban 2022’s “Economic Impact, 2022 Commonwealth Games, South Africa: Durban Host City” document released at the launch of their bid in London on March 2, has previously outlined the potential benefits of hosting the Games.

Conducted by Ernst & Young the study revealed the Games could deliver up to ZAR20 billion (£1.1 billion/$1.7 billion/€1.6 billion) in output to the economy, translating to an estimated ZAR11 billion £625 million/$930 million/€863 million) growth in GDP (Gross Domestic Product).

It is also expected to bring added exposure to the nation and more employment opportunities, while enhancing tourism and foreign investment.