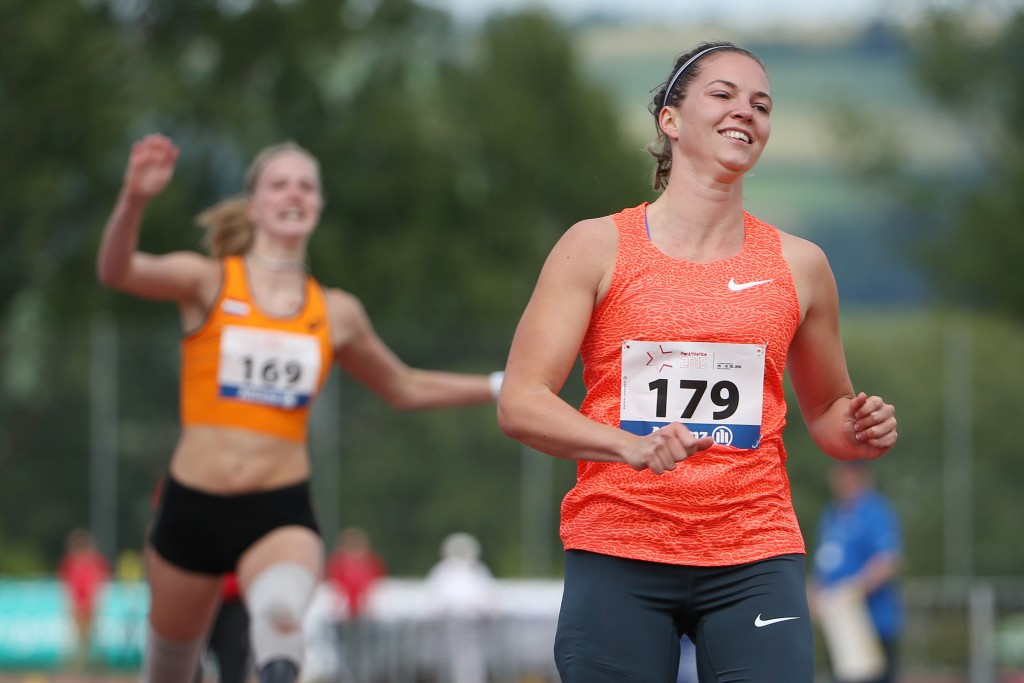 Four 100m world records fell on the second day of the International Paralympic Committee (IPC) Athletics Grand Prix in Nottwil, with three athletes outdoing their own marks and another breaking one that had stood since 1989.

The Netherlands’ Marlou van Rhijn, the reigning world and European champion, smashed her T43 record for the second time this year as she cruised to victory in the T42-44.

The 23-year-old didn’t allow a 1.1 metre per second headwind to stand in her way as she pulled clear of the field to clock a time of 12.82 seconds, knocking a further 0.03 seconds off the mark she set in Dubai earlier this year.

“I am very pleased,” she said.

“It was a very nice race which can be better, but I can’t really say that with this time.

“I’ve already run faster than this time before with help from the wind - I do hope that I can get faster and faster.”

In the same race, world and Paralympic champion Martina Caironi of Italy finished in 15.15 seconds, bettering the T42 mark she set on home soil in 2013 by 0.03 seconds.

“I felt that I was fast but looking at my place with the other girls I did not expect such a great time.

In the men’s T51, world, Paralympic and European champion Toni Piispanen of Finland crossed the line in 20.97 seconds, chopping 0.14 seconds off the previous mark he set in Switzerland three years ago.

Meanwhile, Canada’s Becky Richter broke a 26-year-old record in the women’s T51 with her time of 31.66 seconds improving on the previous best by 0.42 seconds.

Elsewhere in the 100m races, Switzerland’s Bojan Mitic broke the T34 European record with a time of 15.68 seconds, despite finishing second behind Tunisia’s Paralympic and world champion Walid Ktila, while Finland’s world number one Leo-Pekka Tahti registered a time of 13.97 seconds to win the T54 class ahead of The Netherlands’ Kenny van Weeghel.

Canada’s Brent Lakatos and Australia’s Angela Ballard won the men’s and women’s T53 races respectively, and the United States’ Tatyana McFadden took the women’s T54 crown in 16.08 seconds, marking her third win of the day having earlier triumphed in the 800m T54 and 1,500m T53/54.

In the 800m, the multiple Paralympic and world champion set the fastest time of the year, 1min 47.19sec, to finish ahead of Japan’s Tsuchida Wakako in second and fellow American Susannah Scaroni in third.

McFadden then went on to fend off the challenge of compatriot Amanda McGrory in the 1,500m, coming home in 3:27.36.

Adding to her 100m success and 400m T53 triumph yesterday, Ballard made it a hat-trick of wins at the meeting by winning the 800m T53

The 32-year-old, ranked third in the world this year, overcame a strong field to finish first after two heats in 1:52.85, with the US’ Chelsea McClammer in second and fellow Australian Madison de Rozario in third.

Switzerland’s Marcel Hug claimed two victories on home soil, getting the better of Great Britain’s David Weir in the men’s 800m T54 before triumphing over 1,500m.

The world record holder took to the front with one lap to go in the seventh and final heat of the 800m and comfortably preserved his lead to take the win in 1:34.67 ahead of Paralympic champion Weir.

Hug looked equally controlled in the 1,500m, pushing hard in the final 150m to get the better of Japan’s Masayuki Higuchi, who was followed across the line by Thailand’s Tana Rawat.

Britain’s Hannah Cockroft maintained her winning form, beginning the day by winning the women’s 800m T34 in 2:10.43 and then keeping up her seven-year unbeaten run with a 100m win in 17.91 seconds.