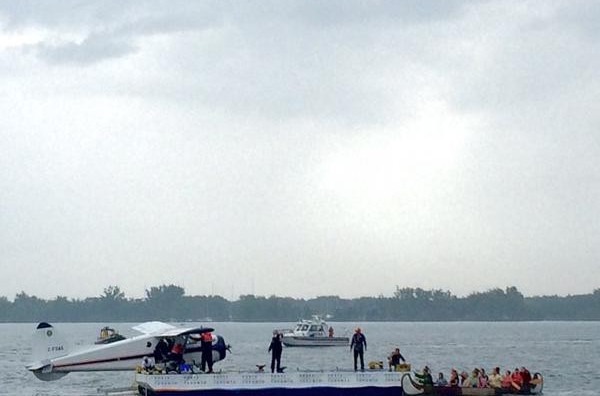 This followed a traditional Aztec lighting ceremony at Mexico's Pyramid of the Sun in Teotihuacan, Mexico on Monday (May 25), attended by dignitaries including Pan American Sports Organization President, Julio Maglione, with the Flame having since travelled north to Mexico City before departing for the host nation.

It arrived amid heavy rain on the harbourfront today in a lantern carried by Organising Committee Board of Directors member Chris Rudge, before being passed to Elder Garry Sault, Mississaugas of the New Credit First Nation, who then travelled with it in a flotilla of canoes.

After being carried by several more bearers, the Flame will then be carried into the The Distillery Historic District  by Col. Chris Hadfield, the first Canadian to walk in space.

He will light a special community cauldron to conclude opening day proceedings.

An "exclusive soundscape" produced by local musical director Andrew Craig will take place alongside the ceremony, with unique performances from Obeah Opera and other special guests also featuring.

The Games, which follows a 2011 edition in Guadalajara, will begin with an Opening Ceremony on July 10 before lasting until July 26.

Several other developments have taken place this week ahead of the Relay officially beginning today, including the launch of both the Toronto 2015 medals podium and the official Games song.

The song, entitled “Together We Are One”, was recorded by Canadian artist Serena Ryder and was chosen from among 70 submissions.

Produced via a workshop funded by the Toronto 2015 Commission fund, it aims to not only reflect the "enthusiasm and camaraderie of the Games, but also represents the cultural pride of the 41 participating countries and territories".

The podium, meanwhile, was launched in the presence of sprinting superstar Donovan Bailey, the two-time Atlanta 1996 Olympic champion who is one of the best known Canadian athletes in history.

"It signifies winning and representing Canada during my storied career.

“This will be especially meaningful for the athletes to compete at home and stand on this podium in front of friends and family.

"It will be a memory they will cherish for the rest of their lives.”