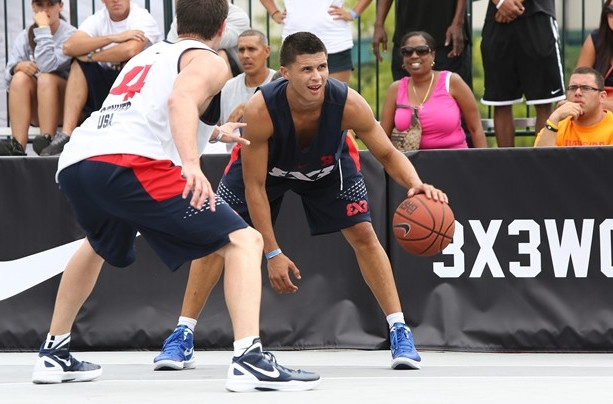 3x3 basketball star Andy Ortiz Jr tragically passed away on May 23 at the age of 28 following a car accident, the International Basketball Federation (FIBA) has announced.

The Puerto Rican was part of the San Juan team who won the inaugural FIBA 3x3 World Tour in Miami in September 2012 alongside Johnatan Garcia, Jose Lopez and William Orozco.

He was widely-renowned as an expert of the game but he also enjoyed some success in the five-a-side format, representing Indios de Mayaguez in the top Puerto Rican league.

Tributes to “Corky”, as he was nicknamed, have come in from all around the basketball world as his sudden death has caused a shockwave in the sport.

“Andy was a very good 3x3 player and had great love for the game,” Duje Kaliterna, who plays for Croatian outfit Team Split and was an opponent of Ortiz Jr’s on many occasions, said.

“He was quick, tough, agile and very determined.

“Off the court he was open-minded and a great guy to hang out with.

“My prayers go to him and his family."

The news has caused widespread upset among the 3x3 basketball fraternity and former teammate Orozco hailed Ortiz Jr as a “great companion on and off the court”.

“We spent a lot of time together because we played on the same team and sometimes on rival teams in various categories,” he added.

“Many times I had to give him a lift to the game.

“He was a great basketball player but our best experience together was the 3x3.

"Nobody could reach our love for the game or our determination to win the FIBA 3x3 World Tour in Miami.

“The reality is Andy was a warrior, a great father and a friend to many people.

“His death created a lot of sadness here in Puerto Rico."