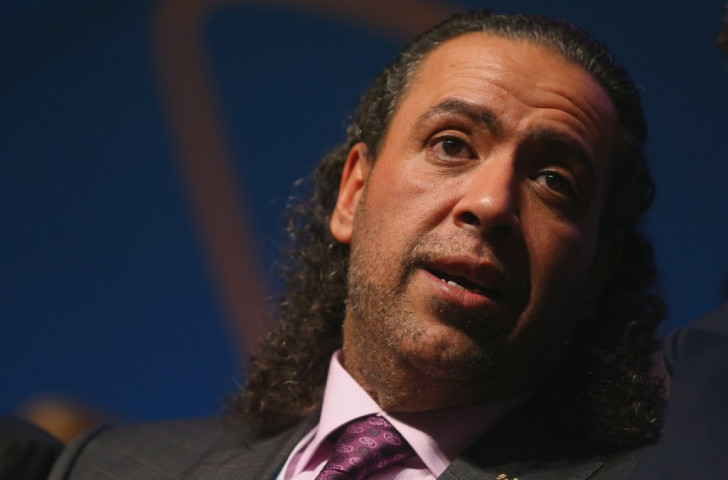 He has asked Vizer how SportAccord and the International Judo Federation (IJF), which he also leads, distribute their finances.

It is clear retaliation on behalf of IOC President Thomas Bach after Vizer demanded that the IOC distributes its revenues in a more transparent fashion.

He also pledged to "continue to represent and serve transparently the interests of the world’s NOCs".

ANOC is "keeping its distance" from the views expressed by Vizer at the SportAccord Convention in Sochi, he added.

“The Olympic Movement is strongest when it is united," said Sheikh Ahmad.

"There many different stakeholders within the Olympic Family but under the leadership of the IOC we must all collaborate in order to provide the best environment for our athletes.

“The IOC underwent a rigorous process of consultation in 2014 and invited all stakeholders to provide their ideas and their vision for the future of the Olympic Movement.

"Now it is time to put personal matters aside and stand behind the implementation of Olympic Agenda 2020 for the benefit and harmony of the Olympic Movement.

“I would like to learn from President Marius Vizer how SportAccord shares its income with the International Sports Federations.

"Also, I would like to understand the International Judo Federation’s method for distributing their revenues to their National Federations, so that our organisations can learn from one and other.

"After all, NOCs and International Sports Federations ultimately share the same foundation which is the National Sport Federations and their athletes so it is vital that we all cooperate with each other."

In his speech in Sochi, Vizer alleged the IOC "lacked transparency", that its Agenda 2020 reform process had brought "hardly any benefit" to sport and that it had unfairly blocked SportAccord in its drive to organise new Commissions and events.

Every Summer Olympic sport body except for the IJF signed a letter supporting the decision of the Association of Summer Olympic International Sports Federations (ASOIF) to "disassociate" its affiliation with SportAccord, while both the International Paralympic Committee and the Commonwealth Games Federation have made a similar move.

A total of 22 Olympic and four non-Olympic sports have also since suspended or withdrawn their SportAccord membership, while Peruvian capital Lima has also withdrawn as host of the 2017 World Combat Games.

But, rather than backing down, Vizer last week published a 20-point agenda, which has been communicated to Bach, Ricci Bitti and the Presidents of all Federations, and covers a wide range of issues.

As well as proposing the introduction of prize money for Olympic athletes, he calls for 50 per cent ownership of the Olympic TV Channel by all International Federations, as well as “complete transparency regarding consultants, wages and contracts”.

Both Bach and Francesco Ricci Bitti, head of ASOIF, have been invited to stage talks for "positive discussions which will lead to tangible solutions", although Bach will consult "key stakeholders", such as his IOC Executive Board colleagues and the likes of Sheikh Ahmad, before accepting the invitation.

The Kuwaiti, a longstanding IOC member and ally of Bach who was also elected a member of the FIFA Executive Committee last month, was once a key supporter of Vizer, with his backing seen as key in Vizer's election victory over the IOC-favoured Bernard Lapasset in the SportAccord Presidential race in 2013.

The two were due to collaborate to organise the first World Beach Games, announced as a joint initiative by SportAccord and ANOC in 2013.

But, after Vizer announced the Games would take place for the first time in Sochi in 2019 last month, the collaboration appears to have ended.

It remains unknown exactly what ANOC's plans are regarding the World Beach Games.

More details are expected at the ANOC Executive Council meeting in Lausanne on June 6.

“Under the leadership of the IOC, ANOC is cooperating and coordinating with other Olympic stakeholders for the new project of the Beach Games," Sheikh Ahmad added today.

"This project will be launched very soon and will serve our athletes and bring benefits to the wider Olympic Movement."

insidethegames has contacted SportAccord for a reaction to Sheikh Ahmad's comments.