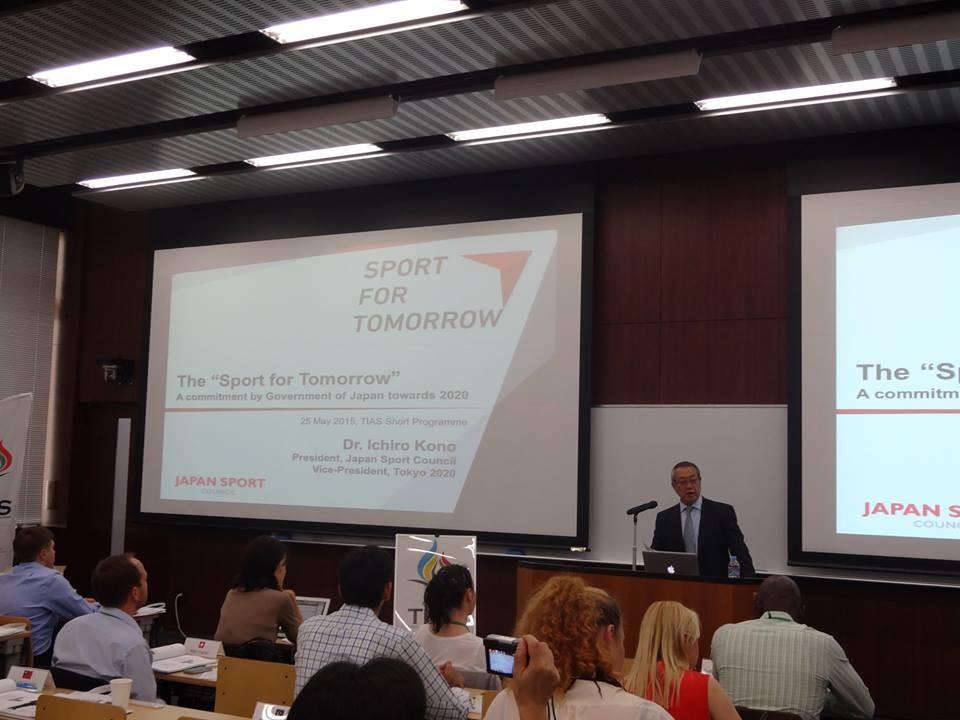 Tokyo 2020's Sport for Tomorrow project and the 1964 Summer Olympic Games were among key topics explored here today, as the second edition of the Tsukuba International Academy for Sport Studies (TIAS) and International Academy of Sports Science and Technology (AISTS) short programme began.

Having listened to the opening speech, delivered by President of the Costa Rican National Olympic Committee (NOC), Henry Nuñez, the students were then given further instruction on the purpose of the two-week programme.

The talk was led by Ichiro Kono, vice-president of Tokyo 2020 and Japan Sport Council President, who welcomed the 34 participants from 25 nations, before reflecting they can play a key role as leaders in helping to develop sport in the future.

“This [TIAS short programme] is one of the three strands of the legacy project for Tokyo 2020.

“Sport for Tomorrow aims to deliver values for sport and further promote the Olympic and Paralympic Movements for more than 10 million people in 100 countries between 2014 and 2020.”

Kono also revealed the concept of the Play True 2020 vision regarding anti-doping, which sees Tokyo 2020 work in tandem with the World Anti-Doping Agency (WADA), to educate athletes and officials on the issues surrounding doping.

It also sees opportunities explored to hold international conferences, seminars and workshops, aimed at developing professionals and creating an evidence and value based-programme, not just regarding anti-doping.

“Currently there are well discussed global issues, for example, educating youth through sport, sport for development and peace, good governance, and sport integrity, such as doping and match fixing,” Kono said.

“When Sport for Tomorrow was developed, we ensured that these issues would be tackled.”

The project. set up by the Japanese Government following Tokyo being awarded the 2020 Olympic and Paralympic Games, also aims to assist developing nations in promoting sport, and will see Japan offer assistance to countries, enabling them to organise sporting events.

The participants were then invited to look back at the Tokyo 1964 Olympics, with the programme inviting them to gain a greater understanding of Japanese culture.

A boat trip around picturesque Tokyo Bay concluded the opening day of the activity, with the construction of several Tokyo 2020 venues, such as the gymnastics and equestrian, visible from the boat deck.

Tomorrow’s seminar topics are set to include the philosophy of Jigoro Kano, the first Asian International Olympic Committee member, sport management and the history of the Japanese martial art Budo, before the students visit the city's Imperial Palace.