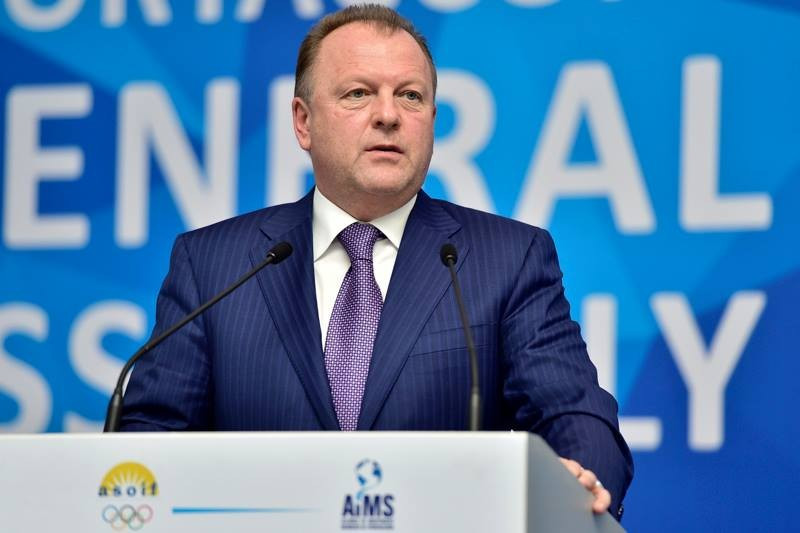 SportAccord President Marius Vizer has compiled a detailed reform agenda ahead of a proposed meeting with his International Olympic Committee (IOC) counterpart Thomas Bach next month, with the introduction of prize money for Olympic athletes among the most startling items for discussion.

On Tuesday (May 19), Vizer invited Bach and Francesco Ricci Bitti, head of the Association of Summer Olympic International Federations (ASOIF), to hold a meeting in either Lausanne next week or in Paris between June 5 and 7, claiming there is a need for "open and honest discussions for the benefit of sport" following the fallout from last month’s SportAccord Convention in Sochi.

The 20-point agenda, which has been communicated to Bach, Ricci Bitti and the Presidents of all International Federations (IFs), covers a wide range of issues but arguably the most eye-catching is the proposed introduction of prize money for Olympic athletes, which would go against one of the IOC’s core values if granted.

Earlier this year, Australian 100 metres hurdler Sally Pearson, who won gold at London 2012 in an Olympic-record time, argued that athletes are entertainers and should therefore receive financial reimbursement.

But the IOC’s current policy is to simply hand out gold, silver and bronze medals along with a bouquet of flowers to athletes.

As well as sending the detailed agenda, International Judo Federation President Vizer also sent a letter listing his reply to the last communication received from Bach.

"As President of SportAccord and an International Federation, I have spent the last eight years meeting many colleagues and have discussed a variety of issues of concern to IFs," read the letter.

"The substance of my comments in Sochi on April 20, 2015 was the culmination of such reflections and intended to serve the interests of SportAccord’s Members and their athletes.

"I’m sure you’ll agree that the IFs are diverse - from large and wealthy to smaller, more modest ones.

"Yet they share the common goals of developing their sports and creating opportunities for athletes to compete at all levels.

"My intention was, and continues to be, to support these goals of International Federations, regardless of size, scale or resources."

Vizer concluded by saying he hopes Bach will join him to discuss the 20 agenda points as well as any other points the IOC President may wish to raise in an opening meeting, "with the purpose of working together constructively for the benefit of the sporting community that we promised to serve".

Vizer used his opening speech at SportAccord's General Assembly to accuse Bach of trying to block projects he has tried to introduce and criticise the launch of the Olympic TV Channel as a waste of money.

He also accused the IOC of lacking transparency and claimed that Agenda 2020 had brought "hardly any benefit" to sport.

Proposals seemingly aimed at addressing these matters include the “Olympic TV Channel to be owned 50 per cent directly by all International Federations”, as well as “complete transparency regarding consultants, wages and contracts”.

Vizer also called for IFs to be given a greater say in the future of the IOC and for a fairer distribution of money.

In this regard, he has proposed an “increase in revenue sharing model with IFs from current levels to 25 per cent of Olympic revenues”, with five per cent of this amount to be paid directly to National Federations.

He also wants all non-Olympic federations to be allowed a slot to demonstrate their sport before or after each Olympic Games in the host city.

Vizer has released his proposals on a day when four more sports federations - equestrian, curling, table tennis and rugby - suspended ties with SportAccord.

Among the other proposals of Vizer is the establishment of an Athlete Support Fund that will act as a pension scheme for all Olympians based upon carefully designed qualification criteria.

The setting out of clear rules, criteria and principles for IOC membership, the IOC system, the selection and addition of sports and disciplines into the Olympic Programme, and the recognition process for all IFs, also features.

Furthermore, Vizer has also called for complete independence of the Court of Arbitration for Sport and greater inclusion of Ministries of Sport in the Olympic Movement.