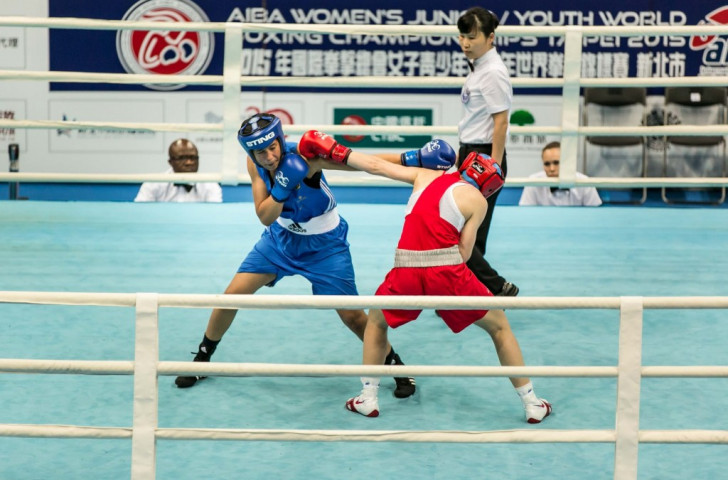 Chin was one of the host’s hot prospects for gold but she was unable to get passed a resilient Lu, who progressed to the next round by virtue of a split decision to provide one of the biggest surprises of the event so far.

England’s Ebonie Jones was also on the end of another upset as she succumbed to South Korea’s Lee Suk Yeong, while Yarisel Ramirez of the United States also produced an excellent performance to edge past Russia’s Anastasia Selina, a junior national champion, to reach the semi-finals.

It proved to be a dominant day for the American team as they recorded five victories, which began with light flyweight Heaven Garcia’s stoppage of Nepal’s Kusum Tamang, and the youngster has now guaranteed herself a bronze.

“My Nepali opponent tried to achieve her rhythm, but I did not let her get it.

“In the semi-finals I hope I can follow whatever my coach tells me and get that win as well.

“Of course my target is to win the gold medal in Taipei, and to take it back home.”

United States junior featherweight champion Zhane Crockett got the better of Ireland’s Orla Garvey in what was a frenetic bout, with the American’s unanimous win also securing a minimum of bronze.

An excellent day for the United States was then rounded off by Iesha Kenney, who exerted control over Canada’s Taylor Ross almost from the opening bell, using her stiff jab to perfection on the way to a trouble-free victory.

Elsewhere, China’s Yu Lisai continued her unbeaten streak as she beat home favourite Shao Yi Yun, while Kazakh newcomer Guzal Sadykova maintained the impressive beginning to her career by guaranteeing a medal thanks to a hard-fought success over Weronika Plawecka of Poland in the middleweight class.

The results on day four will ensure Kazakhstan take home a minimum of nine medals, while Russia are guaranteed eight.