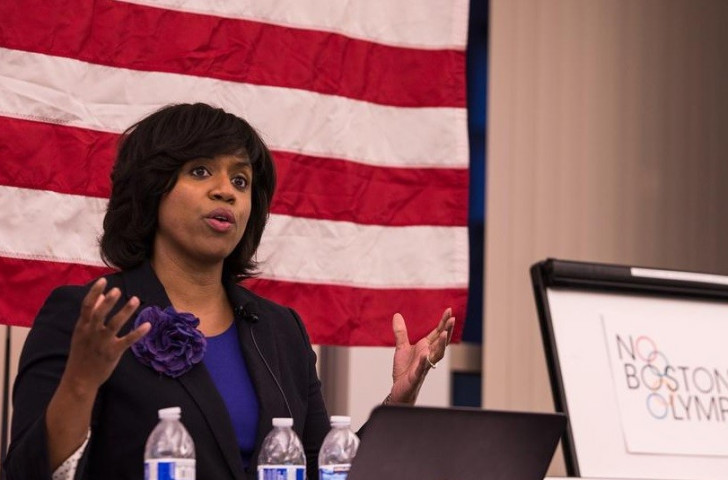 Opposition group No Boston Olympics have held a community engagement meeting aimed at providing the public with more information on Boston’s controversial bid to host the 2024 Olympic and Paralympic Games.

The meeting, held after Boston City Council staged their own hearing concerning the effects of the International Olympic Committee’s (IOC) Agenda 2020 reform plans on the bid, was attended by more than 100 citizens as well as Boston City Councillor Ayanna Presley.

No Boston Olympics outlined their reasons for their opposition to Boston’s candidacy, detailing aspects such as the use of taxpayer’s money and the fact that some of the main venues will reportedly have to be constructed from scratch, claiming the bid is “irresponsible”.

It came after IOC member Angela Ruggiero warned there could be “no guarantees” that Boston would be the United States Olympic Committee’s (USOC) bid city in the race to host the 2024 Olympics and Paralympics.

But both the USOC and Boston 2024 have denied Ruggiero’s claims, saying they are “committed” to delivering the best candidacy for the Games.

“Boston 2024 appreciates input from all stakeholders and we fully understand the responsibility that comes with the honour of being the 2024 Olympic and Paralympic Games bid city for the United States,” a statement from Boston 2024 said

“We are committed to engaging with all our stakeholders in order to deliver the very best bid for the city of Boston, the United States and the Olympic Movement.

“Boston 2024 has made significant advancements over the last few weeks and we look forward to making some key announcements in the near future which will continue to demonstrate this progress."

Public support has waned for Boston's bid since they were chosen ahead of Los Angeles, Washington D.C. and San Francisco as USOC’s preferred option.

Boston 2024 chairman John Fish, the subject of reports that suggest he may be replaced, has said that if the Boston public vote against putting their candidacy forward at a referendum planned for next year then they will withdraw from the race.

Hamburg and Rome have already declared their intentions to bid for the Games, and candidacies from both Paris and Budapest are expected to follow.