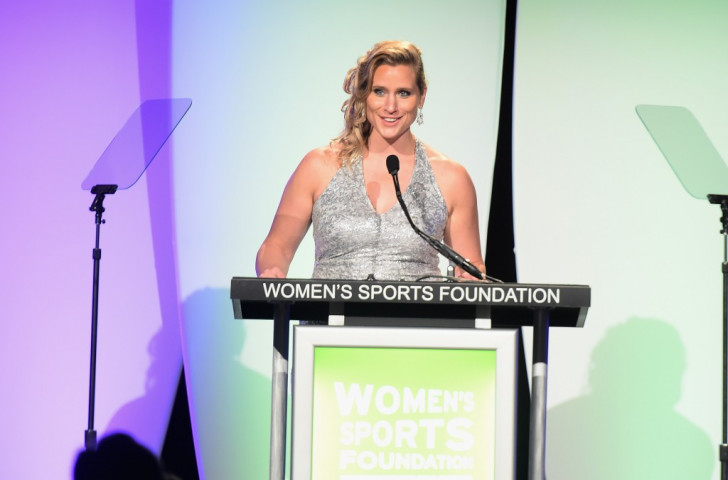 America's International Olympic Committee (IOC) member Angela Ruggiero told a Boston City Council hearing today that there can be "no guarantees" that Boston will be the United States' bid city for the 2024 Olympic and Paralympic Games.

Boston beat off competition from Los Angeles, San Francisco and Washington D.C to be USOC's candidate.

But Ruggiero's comments will fuel fears the city may pull out of the race.

"Right now, we need the strong support of Boston and it has our full backing," Ruggiero, a four-time Olympic medallist and member of the United States Olympic Committee (USOC) Board, added.

"Boston can deliver a great Games.

"There is no truth whatsoever to the rumor that we have asked them to stand down, or that we are considering going to another city.

"We are working arm in arm with our partners Mayor Walsh and Boston 2024 to deliver the best possible bid for the city of Boston and the Olympic and Paralympic movements.”

The Boston City Council meeting today focussed on Agenda 2020 and how the American city’s bid can be as economical as possible. while opposition group No Boston Olympics will stage a meeting this evening.

No Boston Olympics dispute claims from Boston 2024 chairman John Fish that the bid is well positioned to meet new standards set by the Agenda 2020 reform process, which encourages the use of existing, temporary and re-useable facilities.

Fish himself has been the subject of reports that he may be set to be replaced by Bain Capital executive and Boston Celtics co-owner Steve Pagliuca.

The opposition group also criticised the Agenda 2020 reforms as a whole, saying they feel it could leave host cities "awash in debt and unneeded facilities".

“The IOC's Agenda 2020 is window-dressing,” a No Boston Olympics statement read.

“The majority of the forty recommendations are unrelated to host-city costs, and the ones that are do not provide substantial savings.

“Agenda 2020 fails to fundamentally change the auction dynamic that leads to great outcomes for the IOC, but leaves host cities awash in debt and unneeded facilities.

“There is nothing frugal, responsible, or sustainable about the boosters' plan to spend hundreds of millions of dollars on a stadium, velodrome, and aquatics centre, only to bulldoze them after the Games leave town.”

This has been dismissed by Boston 2024 chief executive Richard Davey, who told the hearing "we don't want an all-expense four-week event that leaves the city potentially on the hook".

Public support for Boston's bid has been waning in recent months, with anti-Olympic groups working hard to derail the effort.

A series of public meetings, where the public have the opportunity to find out more about the plans of Boston 2024, have already been held and more are currently scheduled, the next of which is due to take place in two weeks' time.

The first such hearing, held in March, lasted for more than four hours.

Later that month, Fish also announced that they would hold a referendum on Boston’s bid to host the 2024 Olympic and Paralympic Games in November 2016.

If the result is negative, the bid chairman insisted they would pull out of the race, which currently includes Rome and Hamburg, with candidacies from Paris and Budapest expected to follow.