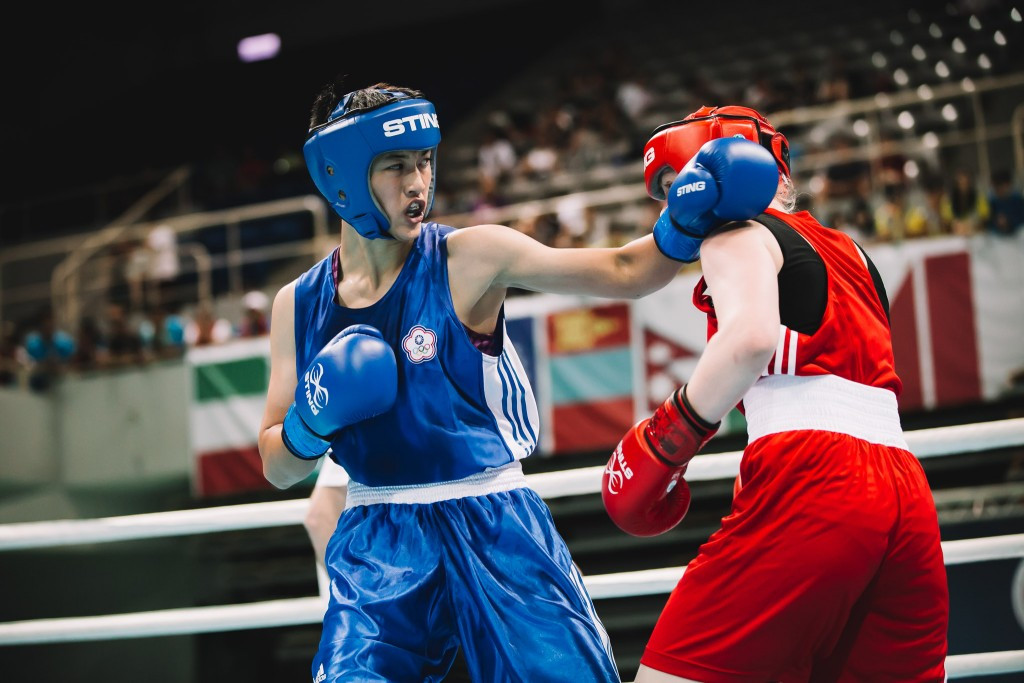 Sadiku displayed a remarkable fighting spirit in an intense contest, winning by split decision despite the warning she received in the final round.

Although she had taken part in the European Boxing Confederation (EUBC) Women’s Junior Continental Championships in Assisi, Italy last year, Sadiku was not the favourite against multiple international tournament winner Gertsch.

Ireland's Kelsey Leonard received a tough task in her first match of the competition when she was drawn against home favourite Wang Chin Hsin.

However, to the disappointment of the watching crowd, Wang succumbed to the fluid counter-attacks of Leonard and lost the bout.

"Kelsey Leonard was one of our boxers that we knew could perform well in the Championships as she has been showing good promise at home, and we brought her to France to give her some international experience before this competition,” said Irish head coach Liam Brereton after Leonard's triumph in the junior part of the competition.

“It is always hard to fight against a home boxer in the opening match, so we tried to concentrate on quick counter-attacks.

“I know this surprise element is now out of the bag, but I believe Kelsey will be able to raise more eyebrows in these Championships.”

Elsewhere, undefeated Ukrainian middleweight Karolina Makhno, who has won more than 50 per cent of her bouts, lived up to her strong reputation with a stoppage victory over the United States’ junior national champion Amanda Bermudez.

The 15-year-old star dominated the opening round with constant pressure on the tough US boxer, and after more supremacy in round two, the referee stopped the contest midway through the frame.

Todorova had gold medal expectations before the Championships, and her opening performance proved she has got a realistic chance to achieve that goal.

Russia were arguably the team of the day as six of its competitors remained undefeated.

Anastasia Selina then controlled all of the rounds against Italy's Manuela Bressan in their bantamweight class bout.

The third day of competition tomorrow will consist of 22 junior and 32 youth bouts.