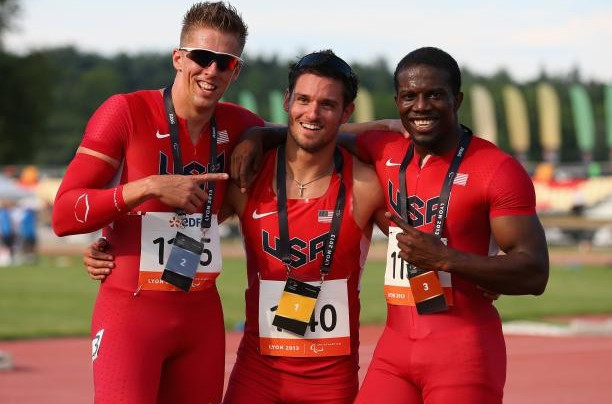 Prince, who won silver at the 2013 World Championships in Lyon, France, went one better this time around as he clocked 22.80secs, 0.89 seconds ahead of teammate Jerome Singleton.

The American podium sweep was complete when Kionte Storey came through to take third to the delight of the partisan home crowd.

It proved to be a dominant day for the host nation as David Brown earned a comfortable victory in the men’s 200m T11/12 in a time of 23.21, while Shirley Reilly also cruised to a relatively straightforward win in the women’s T53 800m as she posted a time of 2:03.75.

Brian Siemann continued the American dominance as he triumphed in the men’s T52/53 800m race, finishing with a commanding time of 1:47.07.

Mexico managed to top the podium in the men’s T53/54 800m event thanks to Juan Pablo Cervantes Garcia’s 1:44.77, while American racer Troy Pruitt then wrestled back the advantage by pipping Mexican Salvador Hernandez Mondragon in the 200m race with a time of 1:51.80.

Seven-time Paralympic medallist Cheri Madsen didn’t disappoint as she won the women’s T54 200m in a blistering time of 30.81, while there was also a rare success for Canada as Marissa Papaconstantinou was victorious in the T43/44/45/46 20mm competition.

Henry Cardenas Cerdas gave Costa Rica something to cheer about by taking the men’s T11/12/13/37 5,000m crown but in truth the day belonged almost entirely to the American athletes on the track.

Out in the field, where adverse weather conditions caused many of the events to be postponed, the American team carried on the form of their track counterparts as Rachael Kroener secured a F33/34 javelin and F32/33/34 shot put double.

Mexico monopolised the men’s F33/34/53/54 javelin competition, where Luis Felix left it late in producing his best throw of the day as his effort of 24.26 metres saw him beat teammate Alan Efrain Noriega Quinones.

Action continues in Tempe, which is hosting the sixth leg of the Grand Prix series, tomorrow.