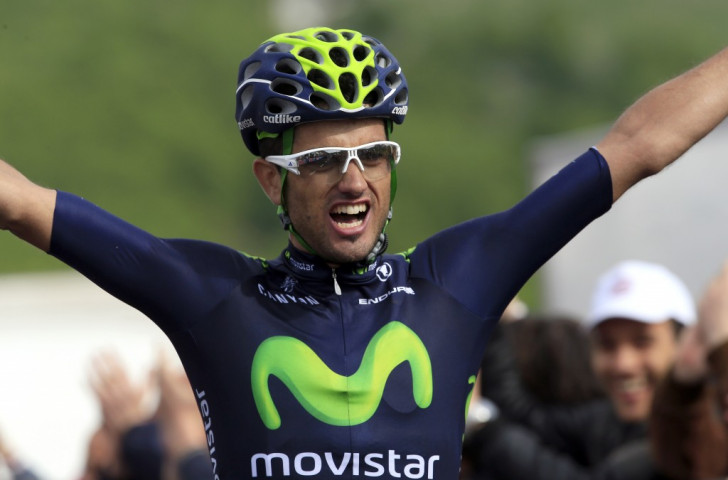 Movistar’s Beñat Intxausti of Spain took victory in stage eight of the Giro d’Italia with a perfectly-timed attack on the hills of Campitello Matese today.

Intxausti decided to breakaway just four kilometres from the end of the 187km stage and it proved to be a gamble worth taking as he crossed the line in first place to seal a deserved win.

The result saw Alberto Contador of the Tinkoff-Saxo team cling on to the pink jersey as he continued his recovery from a dislocated shoulder suffered during the dying embers of the sixth stage, finishing alongside his closest overall classification challengers Fabio Aru of Italy and Team Sky’s Australian rider Richie Porte.

Despite clearly looking in pain through some parts of the mountainous stage, Contador in fact managed to extend his overall lead as he now has a four second advantage over Astan’s Aru and 22 seconds over Porte.

The performance once again demonstrated Contador’s battling qualities as he shrugged off the injury to produce another determined display.

“The pace was incredible today until the break finally went and then Astana made it difficult at the finish.

“I knew Aru would try to attack today, Richie and Fabio have come to the Giro to win.

“But despite my fall, I was able to respond."

Fellow Spaniard Mikel Landa, riding for the Astana team, was second although he was someway off the winning time, and IAM Cycling’s Sebastian Reichenback of Switzerland came through to take third.

All three we part of a group of 12 who broke away from the peloton early on in what was a ferocious opening to the tricky stage.

But it was the Spaniard who timed his attack superbly, holding off the challenge of the chasing riders to hang on to a brilliant win.

Stage nine, a brutal 215km journey from Benevento to San Giorgio del Sannio, is set to further test the condition of Contador as it features three categorised climbs.