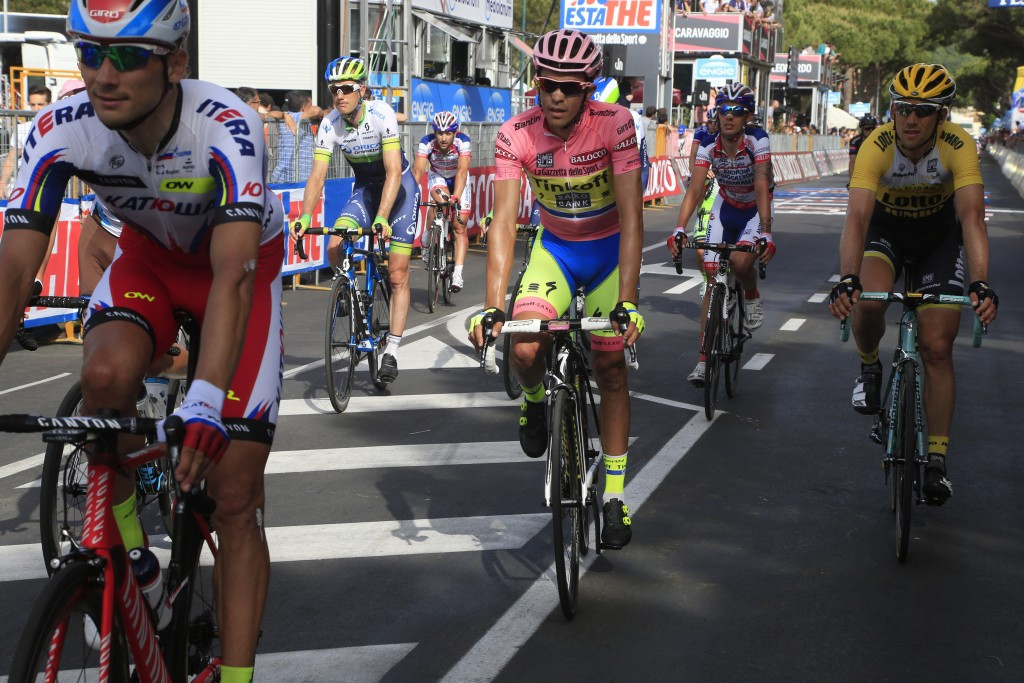 Alberto Contador managed to retain his status as overall leader of this year’s Giro d'Italia despite a crash during the sixth stage of the race.

The 183-kilometres leg from Montecatini Terme to Castiglione Della Pescaia was won by German Lotto Soudal rider André Greipel and, although Spaniard Contador leads the race by two seconds, he could not wear the pink jersey on the podium as he had to leave to be treated for injuries.

The pile up occurred as the sprint finish unfolded at the end of the stage after a spectator leaning over the barriers to take a photograph knocked Italian Daniele Colli, who was left with a race-ending broken arm, with his camera.

Contador, riding for Tinkoff Saxo, managed to get back up and finish the race despite suffering a dislocated shoulder, but it remains to be seen if he will continue in this year’s event as he undergoes treatment for his injuries tonight.

His team’s general manager, Stefano Feltrin, admitted there is a possibility that Contador will not start tomorrow’s leg, the longest of the race at 264km from Grosseto to Fiuggi.

“Until the doctor has seen him, we can't know the consequences,” he added.

“In the morning, when we have reliable information, we'll decide what to do.”

Contador was positive on social media, writing: “Thanks for your support, fortunately there aren't fractures, it has been a shoulder dislocation, I hope to take the start tomorrow.”

Behind Contador on the overall leader board is Italian Astana rider Fabio Aru in second place, with Team Sky’s Richie Porte 20 seconds behind in third.