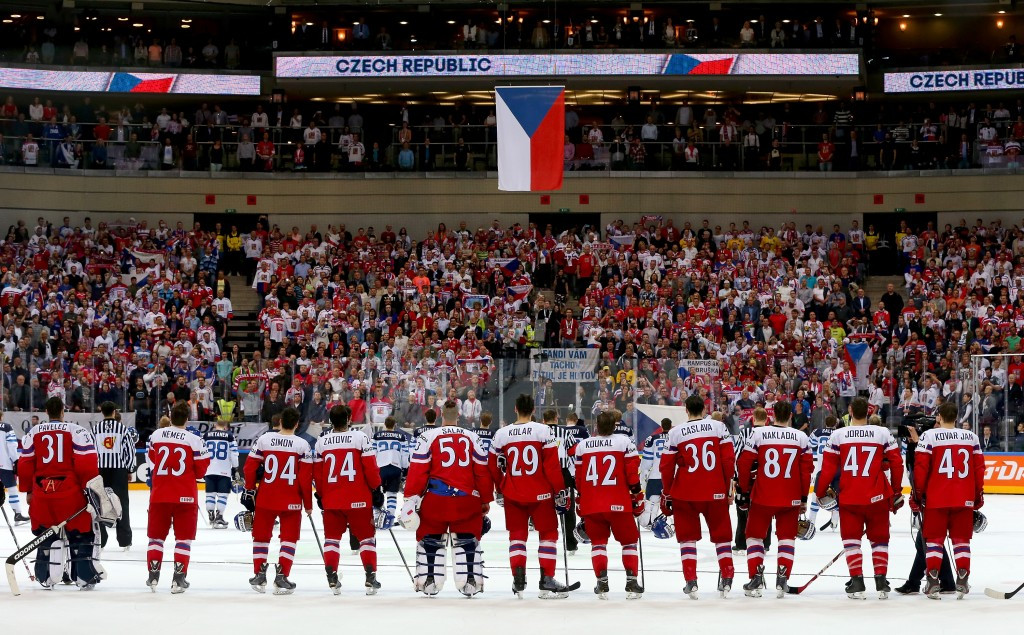 Hosts Czech Republic will play Canada in the Ice Hockey World Championship semi-finals thanks to a dramatic 5-3 win against last year’s silver medallists Finland in Prague.

The 43-year-old Jaromir Jagr further enhanced his legendary status by scoring a late winner having earlier brought the Czechs back onto level terms at 2-2.

Finland found themselves in front after goals from Tuomo Ruutu and Jussi Jokinen overturned Jan Kovar’s opener, and despite falling behind again after conceding goals to Jagr and Kovar, they managed to equalise through Aleksander Barkov.

But the home nation had the final say as Jagr’s second, shortly followed by Vladimir Sobotka’s unassisted effort, earned them a last-four berth.

Their semi-final opponents Canada could not have had a much more straightforward quarter-final, cruising to an emphatic 9-0 win against Belarus.

A hat-trick from Tyler Seguin was added to by braces from Brent Burns and Ryan O’Reilly, while Tyler Ennis and Jason Spezza also chipped in with a goal apiece.

"I thought it was great," said O'Reilly.

"Sometimes we don’t start the way we wanted to, and today I felt we did exactly what we wanted to.

"We came out and had great intensity."

Reigning champions Russia will play the United States in the other semi-final after they beat Sweden and Switzerland respectively in Ostrava.

Russia managed to let a 3-0 lead slip as goals from Sergei Mozyakin, Sergei Shirokov and Yevgeni Malkin were cancelled out by Sweden’s John Klingberg, Anton Lander and Loui Eriksson, but not to be denied, Yevgeni Malkin and Vladimir Tarasenko struck in the third period to seal a 5-3 win.

The US, meanwhile, had to come from behind against Switzerland, who took a first period lead through Roman Josi.

Ben Smith and Charlie Coyle turned the match on its head in the second period before Jake Gardiner wrapped up a 3-1 victory in the third.

Viktor Tikhonov is hopeful Russia can avenge the 4-2 loss they suffered to the US in Group B earlier in the competition.

"We should be excited about the US," he said.

"It's what we wanted because every time you lose to someone you always want to prove that you can come back and beat them.

"We got our chance and we've got to go out there and win."

Both semi-finals are scheduled to take place in Prague on Saturday (May 16) with Canada and Czech Republic up first in the afternoon, followed by Russia and the US in the evening.