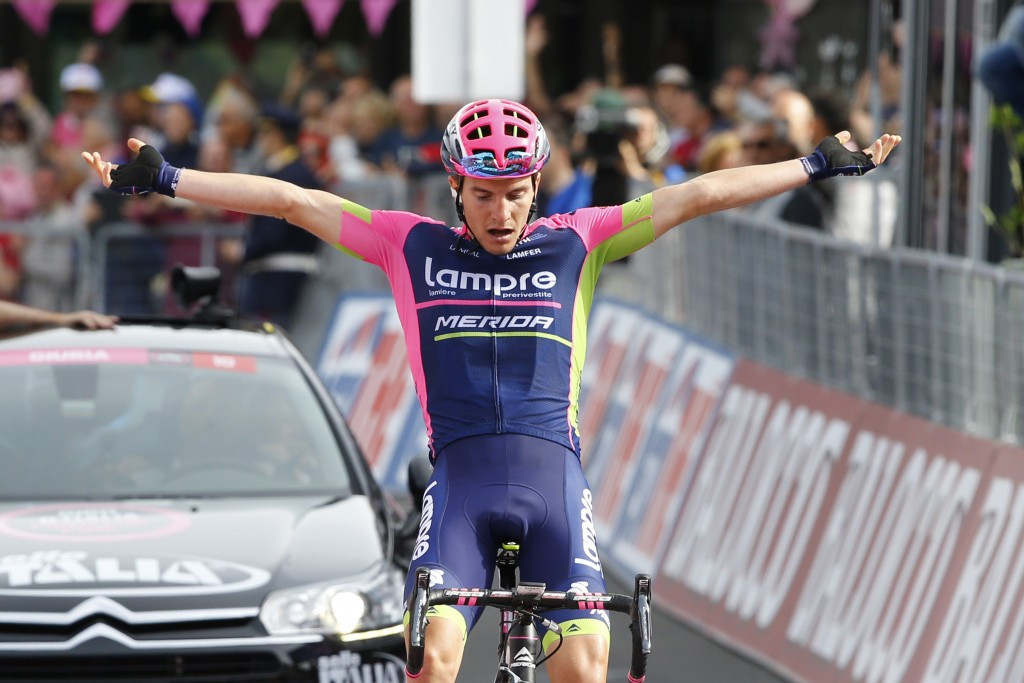 Slovenia’s Jan Polanc claimed victory on the fifth stage of the Giro d’Italia, while Spain’s Alberto Contador took the overall race lead after the first battle of the general classification contenders took place between La Spezia and Abetone.

Lampre-Merida rider Polanc took advantage of the peloton eyeing up the opening summit finish of the race to form part of an early five-man breakaway, established 16 kilometres into the 152km stage.

The 23-year-old was joined by Romania’s Serghei Tvetcov, Switzerland’s Silvan Dillier and French duo Axel Domont and Sylvain Chavanel, as the breakaway established an advantage over the main group, which stood at over five minutes as they began the final climb of the day.

As the day’s efforts saw their lead diminish the experienced Chavanel, representing IAM Cycling, was the first to attack his breakaway companions.

However it was Polanc who successfully left the splintering group behind and crossed the line solo to take the stage victory in 4 hours 9 minutes 18 seconds.

While the Slovenian was leading the stage, the first clash of the race favourites was taking place down the road, with Tinkoff-Saxo's Alberto Contador utilised his team mates before attacking on the steepest section of the final climb of stage five.

Contador was followed by home favourite Fabio Aru of Astana, who finished third at the 2014 edition of the three-week race and Team Sky’s Richie Porte.

Having responded well to Contador’s acceleration Porte, who has displayed excellent early season form in winning Paris-Nice, Volta a Catalunya and Giro del Trentino, launched an attack of his own.

The Australian’s efforts proved in vain as Contador and Aru neutralised the move, with the trio eventually catching Chavanel and crossing the line together 1 min 31sec behind the stage winner Polanc.

With race leader Simon Clarke of Orica GreenEdge finishing 4min 9sec adrift of the stage winner, Contador’s took over as the wearer of the pink jersey, with Aru trailing the two-time Tour de France champion by two seconds, and Porte a further 18 seconds off the pace.

The three men look set to fight out the podium places amongst themselves during the remaining stages of the race, although will be unlikely to be in the thick of the action tomorrow with a flat 183km stage from Montecatini Terme to Castiglione Della Pescaia the next test for the riders.