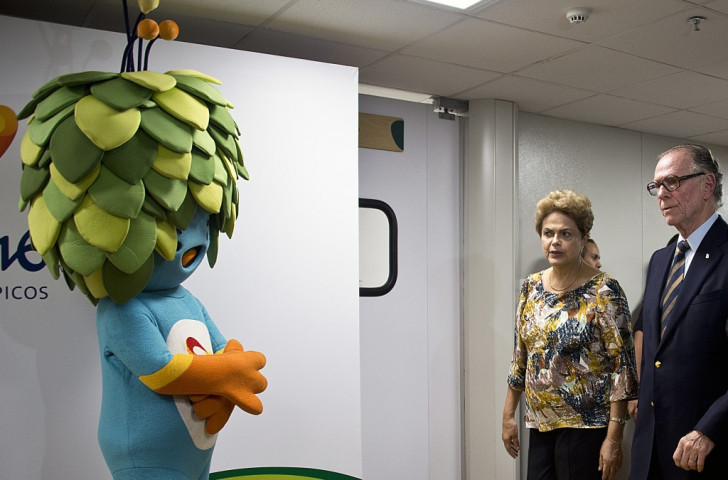 Brazilian President Dilma Rousseff has vowed to pay close attention to the final year of preparations for the Rio 2016 Olympic and Paralympic Games, particularly regarding the performance of both the State and City Governments.

Speaking following a meeting with Rio 2016 officials including President Carlos Nuzman, as well as Rio Mayor Eduardo Paes and State Governor Luiz Fernando Pezao, Rouseff, who was re-elected last year for a second term in office, reiterated how she hopes to ensure the first South American Games is a resounding success.

“I promised President Nuzman and our objective is to integrate ourselves more deeply," she said afterwards.

"We have to show off the country through the organization of the [Olympic] Games, through the security.

"We have to guarantee the beauty of the Olympics Park with construction that is perfectly on time."

While attention last year focused around problems faced by the Organising Committee, most notably encompassing delays surrounding construction at many of the venues, this year the State Government has been more under fire.

They have been blamed for the failure to address environmental concerns on Guanabara Bay where sailing should take place, with no contract having been signed to purchase boats to collect rubbish still littering the Bay.

insidethegames was told last month that, with improvements not having been made, the Organising Committee has re-assumed responsibility for the specific course ahead of a test event this August, while pledges given during the bidding process to reduce pollution levels more generally by up to 80 per cent are going unfulfilled.

Similar problems also exist on the Lagoa Rodrigo de Freitas where rowing and canoe sprint events should take place, as well as on the triathlon and open water swimming courses on Copacabana Bay.

A second concern which has emerged in recent days concerns a security contract awarded to Israeli firm ISDS (International Security and Defence), who were appointed IT Systems and Security Integrator by the Organising Committee last October.

Since then, responsibility for security issues has passed to the Government, and, following extensive campaigning from pro-Palestinian activists, it has been widely reported that this contract has been cancelled.

“Any contract made by Rio 2016 won’t result in compromises by the Brazilian Government,” the Justice Ministry said in a statement that has been interpreted as confirmation ISDS will no longer be involved.

But, although she did not talk about specific issues, Rousseff did highlight the importance of maintaining security and securing strong transport links, with the official visiting a subway line extension due to link the main venue cluster at Barra de Tijuca with the city centre.

She will now visit the city more regularly to be updated on progress, she added, with less than 15 months to go until the Opening Ceremony on August 5, 2016.