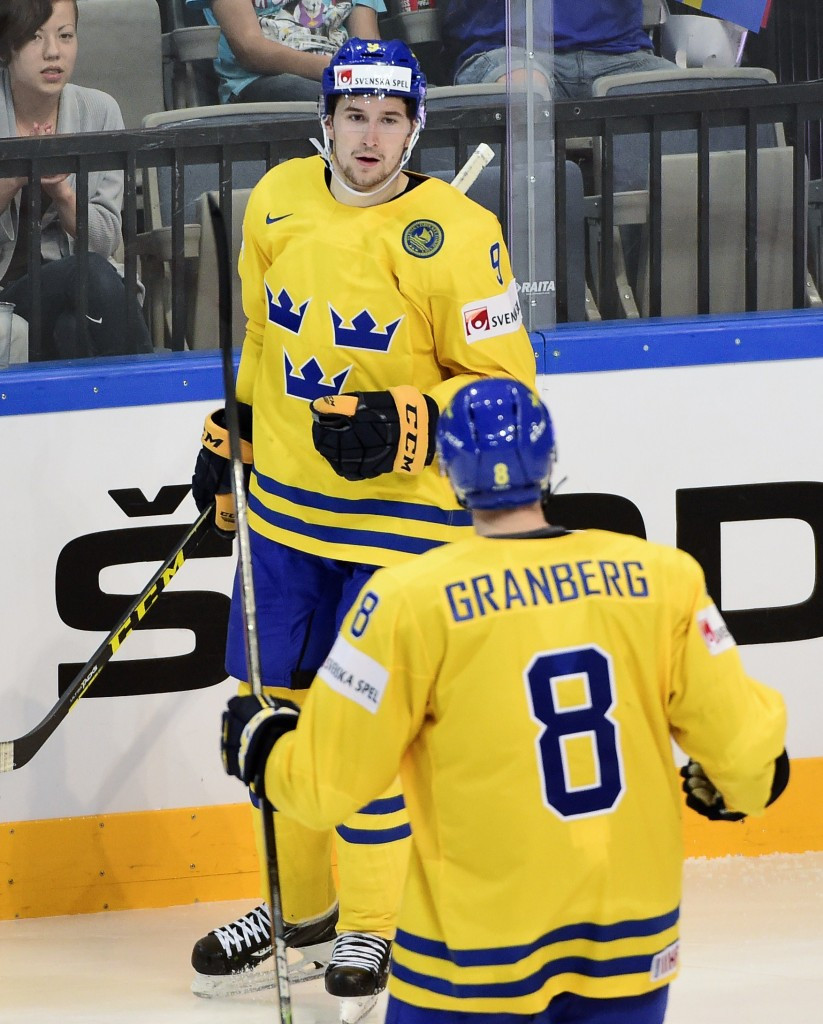 Filip Forsberg brought Sweden from a goal behind against France to secure his country second spot in Group A at the Ice Hockey World Championship.

A second-period brace from Damien Fleury overturned Jacob Josefson’s opener to put France in command, but two goals from Forsberg either side of the second interval proved decisive before Oliver Ekman-Larsson sealed a 4-2 triumph in Prague.

Sweden will play Group B’s third-place team in the quarter-finals on Thursday (May 14), while France remain in last place with three points, one behind Latvia, who they play tomorrow in a battle against relegation to Division I.

“I’m happy with the way I’ve played, but we lost," said Fleury.

“Now it’s a forgotten game for me.

“We’re focusing on the game tomorrow.

“We know how to play.

“For sure there will be some pressure.”

Meanwhile, in Group B, Finland’s goalkeeper Pekka Rinne set a new post-war mark for goaltending success, as he helped his country to a 3-2 shootout victory against Belarus in Ostrava.

Rinne stretched his personal unbeaten run to 237:05, smashing the record set by Slovakia’s Jan Lasak in 2004.

With the two teams tied at 2-2 in regulation, Rinne stopped a Sergei Kostitsyn shot on Belarus' first attempt, while at the other end, Jarkko Immonen, Joonas Donskoi and Jussi Jokinen got the better of Vitali Koval to give Finland the honours.

“Rinne has been unbelievable,” said Jokinen, whose penalty shot ended the game.

“Playing the way he has gives our team so much confidence.

“We will need him for sure the rest of the way.”

Elsewhere in Group B, Slovenia ended their winless run at the final time of asking, beating Denmark 1-0.

Norway and Belarus are due to begin proceedings in Group B before the United States go up against Slovakia and Finland do battle with Russia.