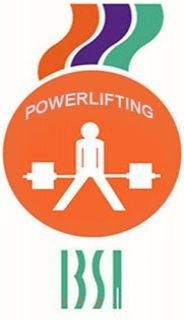 Another Ukrainian, Halyna Halinska,  also set a world record lift of 320kg on her way to winning gold in group 2, 56 to 60kg, as Vasylysa Kozyreva claimed the bench press title and silver in powerlifting.

Russia’s Irina Demasova, who smashed the world record with a lift of 90kg in bench press, delivered two gold medals for her country in group 4, 90kg.

The men’s powerlifting competition is due to take place from tomorrow to Wednesday (May 13).

Meanwhile in the women’s goalball tournament, Israel’s Elham Mahamid scored five goals to inspire her country to a 10-2 win against Spain in their opening Pool A encounter.

The 25-year-old, a regular fixture of the Israeli team for a number of years, is closely followed in the goalscoring standings by compatriot Lihi Yehudith Ben David, who has four along with Japan’s Akiko Adachi and Germany’s Swetlana Otto.