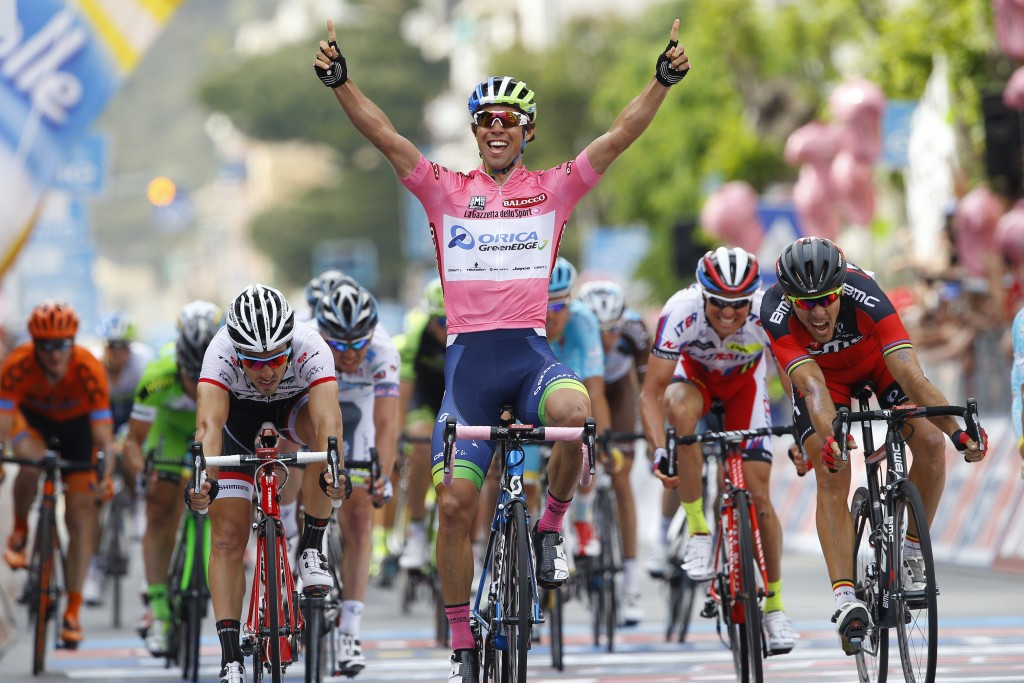 Australia's Michael Matthews won stage three of the Giro d’Italia from Rapallo to Sestri Levante to retain the overall lead.

The Orica-GreenEdge rider sprinted to victory, crossing the line half-a-bike length ahead of home favourite Fabio Feline of Trek Factory Racing, and Belgium’s Philippe Gilbert of BMC, at the end of the 136 kilometres stage.

Matthews, who contributed to his team's time trial success on Saturday (May 9), consequently moves six seconds ahead of Simon Clarke and 10 clear of Simon Gerrans, both of whom are fellow coutrymen and teammates.

"It’s been a dream come true so far for this Giro d’Italia,” said Matthews.

"We planned to get the team time trial win and this was another big goal for us.”

The result never really looked in doubt with Orica-GreenEdge setting the pace through Peter Weening and then Gerrans, before Matthews launched his winning sprint.

The 24-year-old dedicated his triumph to Italy's Domenico Pozzovivo, who suffered a bad crash after falling hard on a descent within 40km of the finish.

The Ag2r-La Mondiale team member was taken to hospital with a neck brace and survival blanket, having initially lay motionless.

His team tweeted that he was "conscious and lucid" when carried away from the course.