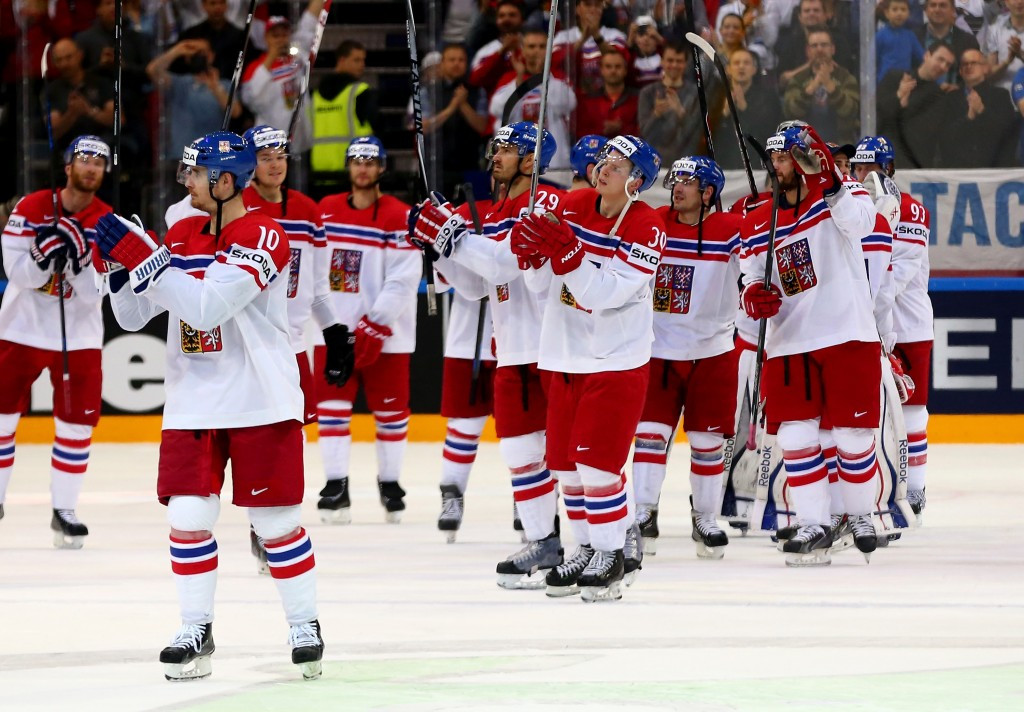 Host nation the Czech Republic earned a quarter-final berth at the men's Ice Hockey World Championship thanks to a 4-2 win against Germany in Prague.

Jakub Voracek and Jaromir Jagr scored the two decisive goals after Michal Vondrka and Petr Koukal had earlier cancelled out strikes from Germany’s Daniel Pietta and Michael Wolf to twice bring their team back onto level terms.

Both the Czech Republic and Sweden now have 13 points in Group A, but the Swedes retain second place due to their 6-5 overtime win against the Czechs on the opening day of competition.

"I think we're getting better every game," said Voracek, whose winning goal ended Germany’s hopes of making it to the last eight.

"We didn't have the start we wanted, but we worked hard for the full game and deserved to win."

Elsewhere, leaders Canada maintained their 100 per cent record with a 7-2 victory against Switzerland to clinch Group A.

Meanwhile in Group B, the United States moved back to the top of the standings courtesy of a 3-1 success against Slovenia in Ostrava.

A first-period Brock Nelson brace set the Americans on their way, and although Slovenia’s Ales Music halved the deficit in the second, it proved to be in vain as Jack Eichel went on to seal the win.

Defeat condemns Slovenia to a swift return to Division I Group A having lost all six of their games thus far.

"Our line has been working well for quite a few games now," said Nelson.

"I don't know what the secret is - it would be nice if we did - but I think we've played well from the get-go to create chances and capitalise on them.

"When you get a few early goals you build that chemistry."

Russia dropped to second place in Group B, despite recording a 3-2 overtime win against Slovakia.

The action in the Czech Republic is due continue tomorrow as Germany meet Austria and Sweden face France in Group A, while Finland play Belarus and Slovenia go up against Denmark in Group B.