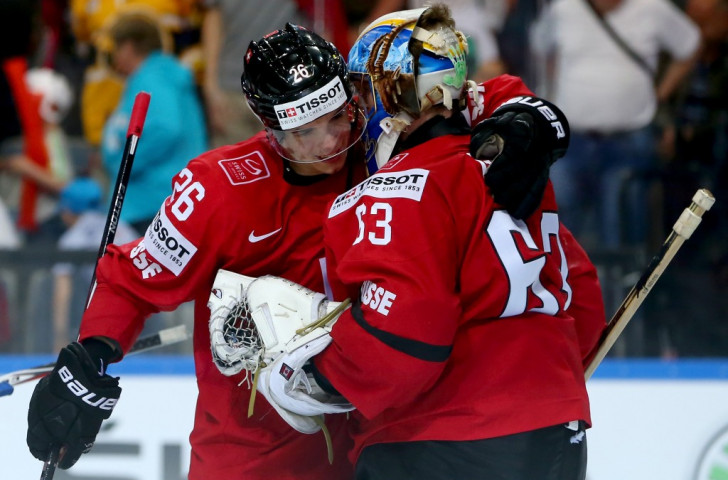 A late goal from Denis Hollenstein propelled Switzerland a 1-0 win over Germany today at the Men’s Ice Hockey World Championship in the Czech Republic, to get their campaign back on track after their heartbreaking opening shootout defeat to Austria.

Up against another neighbouring country today, the match followed a similar pattern, with little between the teams in a ragged match which struggled to provide much in the way of excitement for the fans in Prague's O2 Arena.

But after 12 minutes of the third period, Hollenstein broke the deadlock, latching on to a perfect pass from Daniel Brunner after some good Swiss pressure to fire the puck home.

Goaltender Leonardo Genoni was perfect in the Swiss cage, stopping all 18 German shots, to inspire his team to third place in Group A behind Olympic champions Canada and Sweden.

Elsewhere today, last year's hosts Belarus recovered from a slow start to ease past Denmark 5-1 and keep alive their qualification hopes in Group B.

Yevgeni Kovyrshin scored twice, including the game winner, after Julian Jakobsen had given Denmark a first period lead.