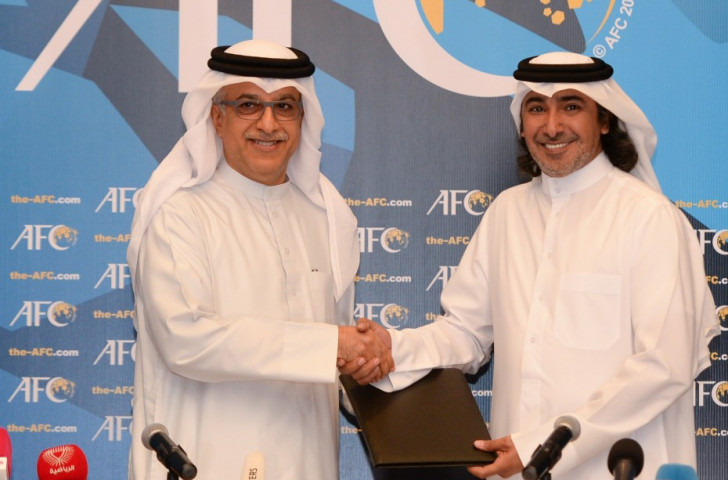 A partnership agreement has been signed between the Asian Football Confederation (AFC) and the International Centre for Sport Security (ICSS), aimed at strengthening safety and security within Asian football.

The deal, signed after the recent AFC Congress in Manama, will see the two organisations work together to develop training programmes and to ensure safety and security within the AFC’s Member Associations is of the highest level.

Both the AFC and ICSS will collaborate on several different projects and the agreement was hailed by AFC President Sheikh Salman bin Ebrahim Al Khalifa.

“Safety and security is a top priority for the AFC, a basic requirement for any football match to take place,” he said.

“The AFC does everything within its powers to protect players, officials, coaches and spectators across Asia.

“The ICSS is at the forefront of safeguarding sport and this agreement is a significant step forward in enhancing safety and security practices within the AFC and our Member Associations.”

Among the projects set to be undertaken by the two organisations are training programmes aimed at educating security officers, supporting the growth of a professional network of security personnel and continuing to develop the security operations for clubs, international matches and tournaments.

The partnership was also heralded by ICSS President Mohammed Hanzab, who says more sporting organisations should follow in the footsteps of the AFC.

“As sport and major events continue to increase in size and complexity, I would encourage other football associations and confederations to show the same proactive leadership as the AFC in sport safety and security to confront the new threats that sport now faces,” he said.

“This partnership with the AFC represents a significant milestone for the ICSS and builds on our growing portfolio with various sports organisations and other major events rights-holders around the world.

“As one of the fastest growing and most diverse football regions in the world, Asia is an important platform for the ICSS to showcase our expertise, as well as providing us with a unique opportunity to work on some of the world’s largest major sport events and venues.”