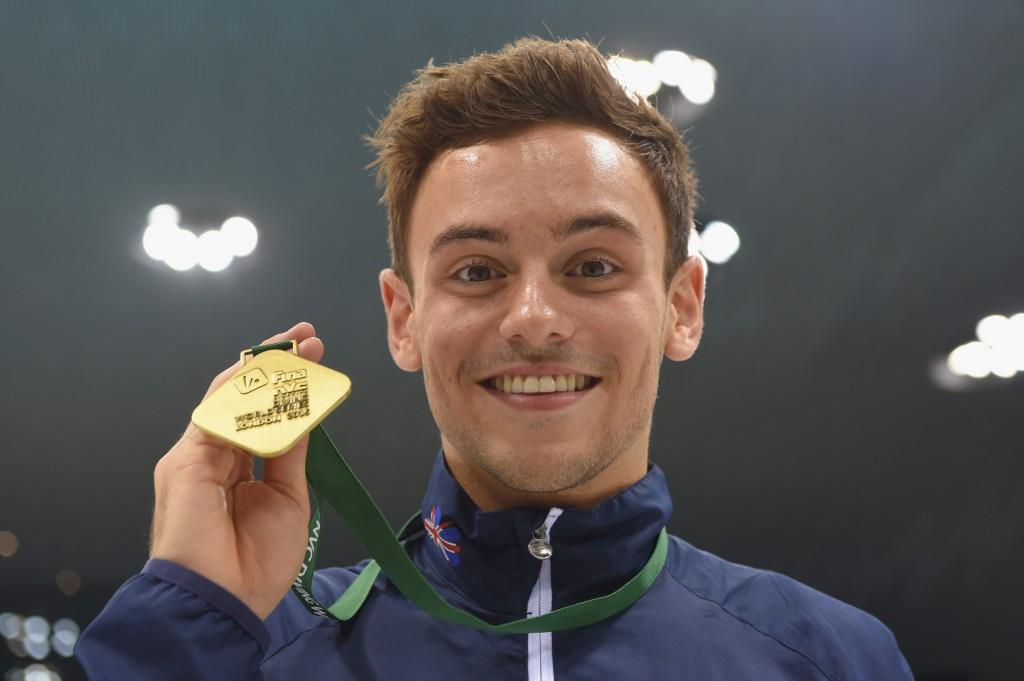 Daley who moved his training base to the London Aquatics Centre in 2014, took advantage of his familiar surroundings and home crowd by dominating the men’s 10 metres platform competition.

The Briton led from the first dive and never relinquished his advantage, finishing the competition with 554.05 points.

“I’ve finally beaten both the Chinese at the same event,” Daley stated afterwards.

“I know I can do it every day.

China, who have been so dominant throughout the weekend, were denied gold for the second time on the day, as Canada’s Roseline Filion secured her maiden World Series gold in the equivalent women’s competition.

Roseline finished with 379.15 points to finish ahead of China’s Liu Huixia, who will rue a mistake on her fourth dive which saw her end 0.45 points adrift of the Canadian diver, while Britain’s Tonia Couch secured bronze with 357.80 points.

However China were not to be prevented from ending the London leg of the World Series with another gold, as Lian Junjie and Si Yajie joined forces to clinch a comprehensive victory in mixed 10m synchro platform, posting a total of 340.29 points.

China’s final gold medal saw them finish the competition with seven of the ten titles contested and will hope for further success at the World Diving Series in Windsor, Canada, due to be held from May 22 to 24, before the final event of the Series takes place in Merida, Mexico on from May 29 to 31.

The divers will then head to the FINA World Championships from July 24 to August 9 in Kazan, Russia.