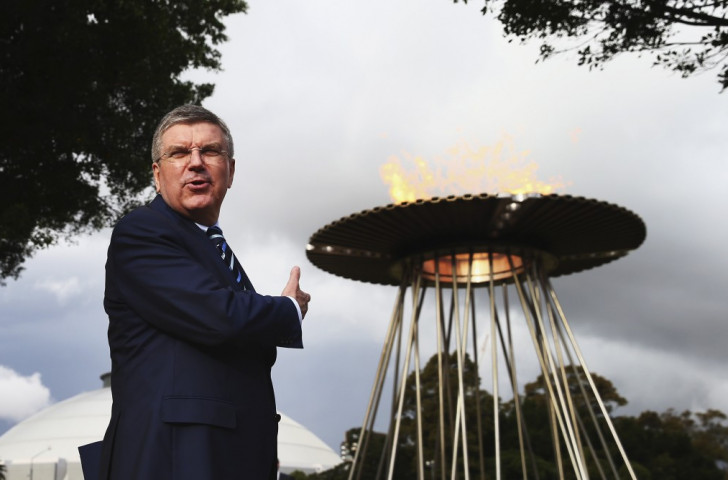 A possible Olympic bid rose to the fore again during the latest leg of International Olympic Committee (IOC) President's Thomas Bach's visit to Asia and Oceania, as he assured Prime Minister Tony Abbott an Australian bid for the 2028 Games would have a "very good chance".

During a visit today in Canberra also attended by IOC vice-president and Australian Olympic Committee (AOC) head John Coates and rower-turned-IOC Athletes' Commission member James Tomkins, the German encouraged a potential bid but also admitted it would be "very tough" to win.

No Australian city appears likely to bid for the 2024 edition, but Brisbane has already expressed interest in an attempt for the 2028 Games, which will not be awarded until 2021, while Melbourne is considered another possible contender.

"It would be then 28 years after the Sydney Games and I think this is not too soon to come back to Australia and Oceania," said Bach, when asked afterwards if enough time has passed since the last Games in the country.

"I think it would be very wise [to bid]... as long as there are still people alive who remember the great success of the Sydney Games.

"A bid from Australia would enjoy a lot of sympathy and would in fact have a very good chance then also to win.

"I also told the Prime Minister I would do whatever I can, that Australia would not be alone in this race but would enjoy a tough competition."

This comes two days after Bach discouraged an Indian bid for 2024 after a similar meeting with the Asian nation's leader Narendra Modi, claiming it has come too soon for the country.

But, while bidding for 2028 rather than 2024 would provide more time, Bach was notably more enthusiastic about Australia's chances, with the nation, which hosted the Asian Cup football tournament earlier this year, currently honing its preparations for the 2018 Commonwealth Games in Gold Coast.

St Petersburg and Amsterdam are other cities to have been mentioned so far in connection with a 2028 bid, while unsuccessful contenders in the 2024 race, such as Paris, Hamburg, Boston or another US city, could also pursue a second attempt.

Bach, who is midway through a frenetic global tour this month - which has already included the United States, Serbia, Kosovo and Russia and is set to continue with a visit to the Oceania National Olympic Committees General Assembly in Fiji later this week - has also visited Sydney's Olympic Park during his Australian leg.

He described the 2000 Games as “one of the most successful”, and something “all Australians could be proud of”.

In his discussions with Abbott, who replaced Kevin Rudd as Prime Minister in 2013, Bach also discussed the role that sport can play in society, a key priority so far in his 19-month tenure as IOC head.

This included the United Nations' Sustainable Development Goals, and the importance of including sport in the final declaration.

"Sport can give a valuable purpose and a unifying force to build a better world," Abbott said.