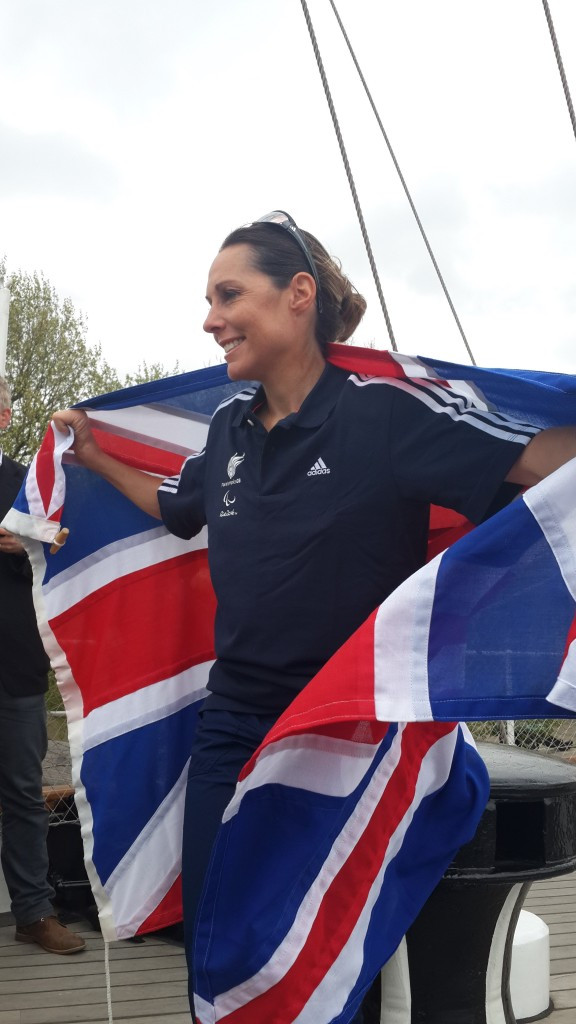 London 2012 Paralympic gold medallist Helena Lucas has urged the International Paralympic Committee (IPC) to reconsider its decision to exclude sailing from the Tokyo 2020 Paralympic sports programme by “moving away from the politics behind it”.

The IPC took the decision to omit sailing from the programme at a Governing Board meeting in January, sparking calls to get the sport, which has featured at the Paralympic Games since Sydney 2000, reinstated.

Facebook-based campaign group “Reinstate Paralympic Sailing into 2020 Games” is vying to get the decision overturned and is currently locked in a bitter row with the International Association for Disabled Sailing (IFDS) over accusations that it spread misinformation concerning the sport’s exclusion from Tokyo 2020.

The campaign group claims that an IPC document sent to the IFDS confirms sailing was taken off the Paralympic programme due to a lack of world reach, with only 30 countries practicing the sport at the performance level, two short of the IPC requirements.

Although it appears unlikely that the IPC will give in to pressure, Lucas is refusing to give up hope of a U-turn.

“I think there’s one last meeting in June and it’s like with sailing, you never say die - it’s not over until you’ve crossed that finish line," Lucas, who has been announced as the first athlete selected to represent ParalympicsGB at Rio 2016," told insidethegames here.

“Anything can happen so I think you’ve just got to keep hoping, keep fighting.

“I know the RYA (Royal Yachting Association) are doing whatever they can alongside ISAF (International Sailing Federation) to try and get the decision overturned.

“I think until it’s absolutely 100 per cent certain that’s it not in, just don’t give up.”

According to Reinstate Paralympic Sailing into 2020 Games, the IFDS "single-handedly managed to wipe our sport from the Paralympic programme" by failing to demonstrate its universality.

This statement prompted Bernard Destrubé, who has been placed in temporary charge of the ISAF Disabled Sailing Committee following the resignation of John Twomey, to slam the campaign group for leaking a series of "outrageously false and damaging" documents.

“Unfortunately we were poorly represented by IFDS, who at that time were merging with ISAF,” added Lucas.

“So the IPC, their actions are based around information that they were given and unfortunately it was poor information and it wasn’t presented very well.

“All we can do now is hope that they see it from a sailors point of view and can move away from the politics behind it and realise actually what a massive loss it will be to the Paralympics and a loss of an opportunity to so many disabled people around the world."

The selection of Lucas, who turns 40 today, for Rio 2016 sees her become the first official member of either ParalympicsGB or Team GB for next year’s Olympic and Paralympic Games.

Lucas was the first GB sailor to win a Paralympic medal since the sport became a full part of the Paralympic programme, winning gold in the 2.4mR class at London 2012.

She achieved this as the only female sailor amid an otherwise all-male 2.4mR fleet, and in just under 500 days’ time, Lucas will make her third Games appearance for ParalympicsGB.

Lucas produced consistent performances to prove her form during the selection campaign, fending off tough competition from compatriot Megan Pascoe for the sole 2.4mR class berth.

“I think relieved is probably the best word,” said Lucas.

“It’s been great having Meg there and pushing me all the way in the trials, and it’s a massive relief to know that I’m going to Rio and have the opportunity to defend my gold medal.

“It’s amazing that I’m the first athlete to be selected.

“I think the last time round I was probably one of the last to get nominated, so it’s from one extreme to the other.

“It’s a huge privilege, but also it means that we can really focus on preparing for Rio and the specifics of the venue.

“But no sailor has yet managed to defend their Paralympic title.

“It would be amazing to be the first sailor to be able to do that, so that’s the drive and the goal for Rio.”

ParalympicsGB Chef de Mission for Rio 2016, Penny Briscoe, added: "With just under 500 days to go, it’s incredibly exciting to name the first athlete who will represent ParalympicsGB in Rio and I’d like to congratulate Helena on her selection to the team.

“There is no doubt that the RYA has created a world-class programme for their Paralympic athletes and Helena’s results reflect her talent, her hard work and the fantastic support she has from her team at the RYA.

“Helena’s continued success at the highest level is evidence that this approach is helping GB to maintain their reputation as a leading sailing nation - and one which occupies the top world ranking spots in all three Paralympic Classes at present.”