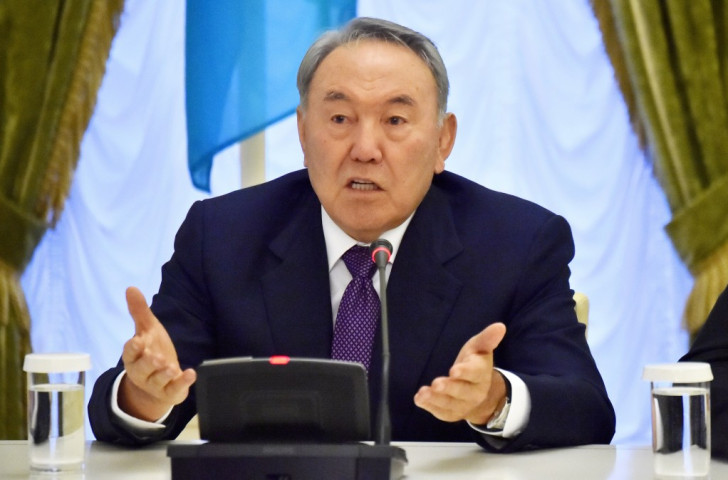 Nursultan Nazarbayev has expressed his hope that Almaty's 2022 Winter Olympic and Paralympic bid will prove successful following his landslide re-election for another five years as Kazakhstan President.

Nazarbayev, the 74-year-old who has already led the Asian nation ever since independence from the Soviet Union in 1991, won with a staggering 97.7 per cent of the vote, in an election in which he faced opposition from only a low-profile Communist Party member and a former regional governor seen as being loyal to the Government.

The Olympic bid, in which former capital Almaty is locked in a two-horse race with Beijing, was highlighted afterwards as one of the goals for the months ahead.

We are fighting for the Winter Olympics; this year will be the solution," he said, according to local reports.

"We hope it will be favorable to us."

There has been some concern about how strongly Nazarbayev, who moved the Kazakh capital from Almaty to Astana in 1997, truly supports the Olympic bid, something that has certainly been less clear than the firm endorsement repeatedly provided by Chinese counterpart, Xi Jinping.

But after mentioning strengths of the bid during a campaign visit to Almaty last week, it is hoped the President and other Government figures will now be able to focus more strongly on the Olympic bid building up to the decisive IOC Session in Kuala Lumpar on July 31.

Prime Minister Karim Massimov is the chairman of the Almaty 2022 Bid Committee, but was unable to attend February's International Olympic Committee (IOC) Evaluation Commission visit, due to distractions supposedly caused by the calling of the Presidential Election.

One challenge for both bidders is the perceived authoritarian nature of their respective Governments, with Human RIghts Watch having criticised Kazakhstan for alleged restrictions on freedom of expression and press independence in a release designed to coincide with the IOC inspection.

An election in which the incumbent wins with such a decisive margin is hardly a strong advert, particularly because genuine opposition leaders - such as businessman Mukhtar Ablyazov who is fighting extradition in France following accusations of embezzlement, and politician Vladimir Kozlof who is in jail - were unable to stand due to distractions elsewhere.

But speaking afterwards, Nazarbayev hailed the fairness of an election in which turnout was over 95 per cent

“I apologise that for super-democratic states, such figures are unacceptable," he said, when asked about the abnormally high margin of victory.

"But I could do nothing. If I had interfered, I would have looked undemocratic, right?”

As well as the Olympic bid, another challenge will be stabilising the Kazakh economy, which has suffered heavily this year from the worldwide collapse in oil prices, to the extent that, if conditions worsen, it could make spending projects harder, although bid officials have insisted both Almaty 2022 and the 2017 Summer Universiade will be unaffected.

Meanwhile, bid officials have also hailed the success of the fourth edition of the Almaty Marathon to show the growing profile of sport in the city, which lies over 1,200 kilometres from Astana in the southwest of the country.

The Marathon, which took place on Sunday (April 26), was first held in 2012 with 3,000 participants, but consisted of 15,000 runners this time around, with more than 40 different countries represented.