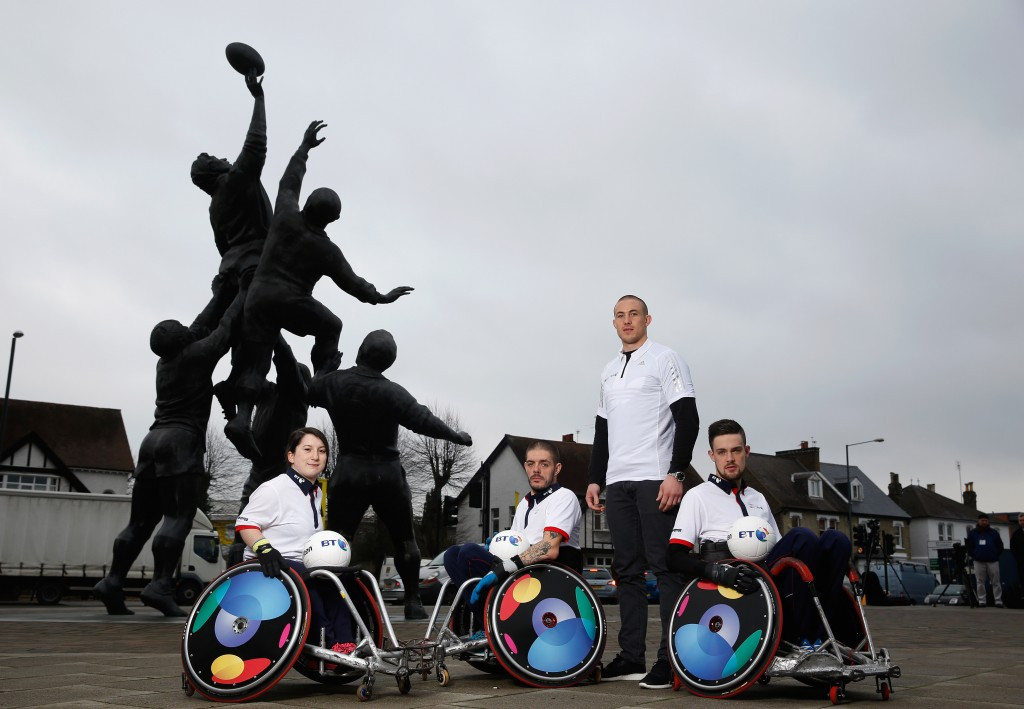 The inaugural Wheelchair Rugby National Championships is set to take place at the Copper Box Arena in London’s Queen Elizabeth Olympic Park this weekend, marking the culmination of the 2014-2015 season.

The three-day event, supported by Great Britain Wheelchair Rugby’s (GBWR) headline sponsor BT, is considered the biggest of its kind in Great Britain.

The plays-offs will take place on Saturday (May 2) and Sunday (May 3), with the finals scheduled for the Bank Holiday Monday (May 4).

“The fact that we have 16 teams playing in our National Championships this year is testament to the success of the London 2012 legacy and the continuing investment by the Lottery and Sport England,” said David Pond, chief executive of GBWR.

“This is the first event of our new partnership with BT, and we are all very excited about working with them to provide more opportunities for more people to experience the sport.”

The majority of the GBWR squad members will be competing for their club teams at the Championships, including vice-captain Chris Ryan, who plays for the London Wheelchair Rugby Club.

“The BT National Championships is an amazing event and to have the chance to play back in the Copper Box and on Queen Elizabeth Olympic Park is a fantastic opportunity,” said Ryan.

“We are really excited about this year’s Championship, where there will be a lot of talent on show.”

As part of the Championships, spectators will be able to take part in wheelchair rugby taster sessions and meet the players between 12 and 5pm on Saturday and Sunday.

Visitors will be able to visit the club hub to learn more about the sport, and for the first time there will be a trained team of GBWR volunteers supporting the event, including several BT employees.

“As a long-term supporter of disability sport and one of the driving forces behind the Paralympic Movement in the UK, we’re excited about our new partnership with GB Wheelchair Rugby,” said Suzy Christopher, head of brand partnerships at BT.

“The BT Wheelchair Rugby National Championships is the first big domestic event being staged as part of this partnership, and it’ll be a fantastic opportunity to see the UK’s best wheelchair rugby players in action.”

Tickets for the BT Wheelchair Rugby National Championships are free with doors open from 9am to 7pm each day.

The next major international wheelchair rugby event in the UK is the BT World Wheelchair Rugby Challenge from October 12 to 16, when the GBWR team will face seven of the world’s top teams at the Copper Box Arena.