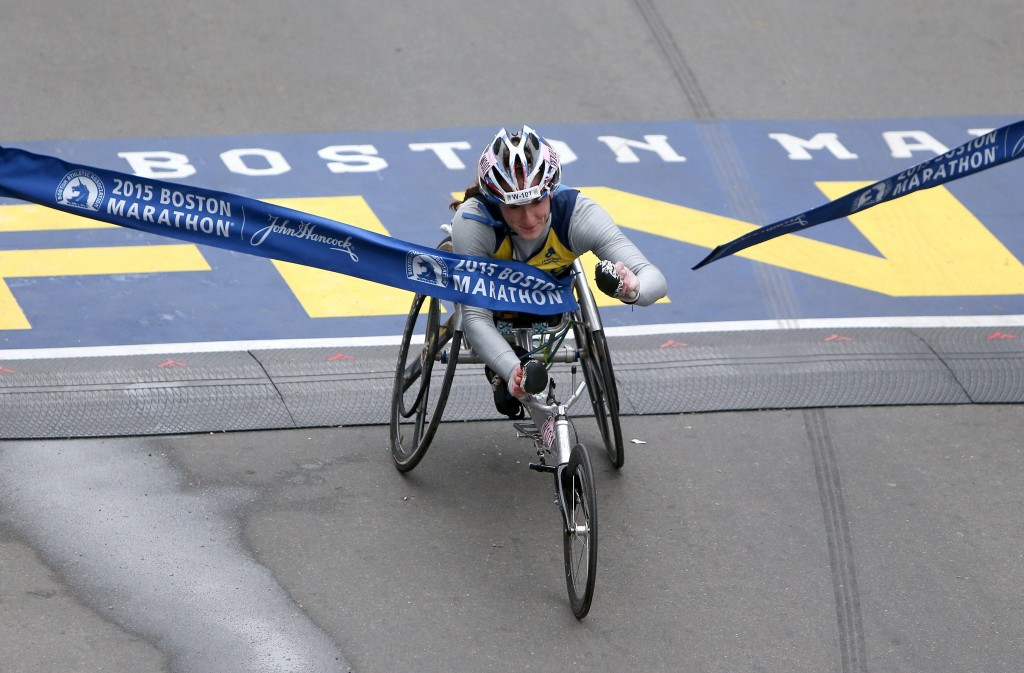 The reigning Chicago, New York and London Marathon champion crossed the line in a time of 1 hour 52min 54sec to come in ahead of second placed Wakako Tsuchida of Japan with 1:53:48 and compatriot Susannah Scaroni, third in 1:57:21.

McFadden posted a picture on Twitter of a singlet she was wearing in memory of Martin Richard, the eight-year-old boy killed in the finish line bombing at the 2013 edition of the marathon, and said she was racing for his family.

“Today was definitely a special day,” she told WBZ-TV after winning.

“I ran for the Richard family.

“I gave my wreath to them in remembrance.

“Just in remembrance of strength, courage and hope and that each day gets better and stronger and we’re here together as a community.”

He clocked 1:29:53 to finish ahead of defending champion and 10-time winner of the race Ernst van Dyk of South Africa, who crossed the line in 1:36:27, while Japan’s Masazumi Soejima placed third with 1:36:28.

“I was feeling so strong from the beginning and I just tried to keep going.”