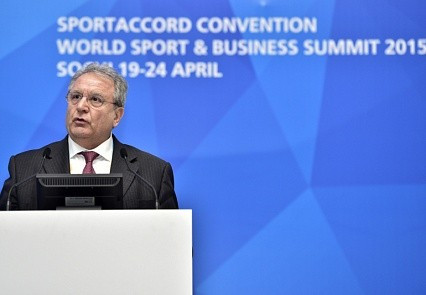 World Baseball and Softball Confederation (WBSC) President Riccardo Fraccari was today voted onto the SportAccord Council as the second member from the Association of IOC Recognised International Sports Federations (ARISF).

He defeated Antonio Espinos, the Spanish President of the World Karate Federation, who had held the position for eight years, during the ARISF General Assembly held on the opening day of the SportAccord Convention World Sport & Business Summit here.

The 65-year-old Fraccari is also currently the chairman of the Italian National Olympic Committee's (CONI) International Relations Exploratory Committee and a member of the CONI Council.

He is also leading a campaign, which increasingly looks like being successful, to have baseball and softball restored to the Olympic programme for Tokyo 2020 after it was dropped following Beijing 2008.

Fraccari will sit on the SportAccord Council alongside Raffaele Chiulli, the President of ARSIF.

“As a Council Member I would seek to work as a bridge between SportAccord and the ARISF for the benefit of all Member Federations of ARISF," he told delegates after his election.

"I commit myself to improving ARISF influence inside SportAccord to protect the members and I thank the members today for investing their faith in me."

It followed an election to pick a new director of the ARISF Council which required six ballots and took more than an hour to complete before World Underwater Federation President Anna Arzhanova was chosen.

Liljelund tweeted: "Life is strange sometimes. Loosing the election for ARISF council in the 6th round is hard, after a tie in the 4th and 5th round."