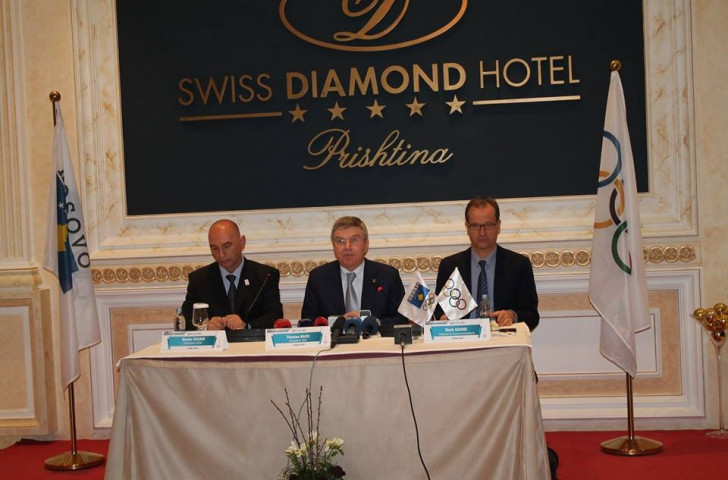 South Sudan could become the 206th member of the International Olympic Committee at its Session in Kuala Lumpur in July, meaning athletes from the world’s newest nation would be able to compete under their own national flag at Rio 2016.

Speaking here during a historic visit to Kosovo, the Balkan Republic itself only confirmed as a member last December, IOC Director of NOC (National Olympic Committee) Relations Pere Miró told insidethegames that steps are underway to bring the northeastern African country into the fold.

Unlike with Kosovo, whose challenge involved the fact that it is not a member of the United Nations, despite being recognised by 110 of the 193 members, South Sudan’s stumbling block involves its failure to have five internationally-approved National Federations, a criteria for membership under the Olympic Charter.

South Sudan, the world's newest nation which split from Sudan in 2011, was made a provisional member of the International Association of Athletics Federations last November, while associate membership was granted by the International Handball Federation in 2013.

Miró, the Spaniard leading negotiations, revealed work is underway to fast-track the creation of other such bodies, and that he is hopeful this could be completed in the coming weeks.

If South Sudan is to be accepted by the IOC membership-at-large in the Malaysian capital at its Session on July 31, it would have to be provisionally accepted by the ruling Executive Board at its next meeting in Lausanne in early June.

But, even if an NOC is not set up in time, South Sudanese athletes will still be able to compete under the Olympic Flag, as Guor Mading Maker, who finished 47th in the marathon under the name Guor Marial, did at London 2012.

Probably the best-known sportsman from South Sudan is NBA player Luol Deng, who was born in Wau, but whose parents fled the country to escape the Second Sudanese Civil War.

They eventually ended up in Britain, the country Deng represented at London 2012.

IOC President Thomas Bach last year met with both Sudan Olympic Committee and South Sudanese sporting authorities to discuss progress during a visit to the African Youth Games in Gabaronne.

Bach was more cautious when asked about the time-frame for South Sudanese acceptance by insidethegames here today, warning that “good things take time”.

But the German promised they are “working hard to support the athletes”.

“We’re in close contact with sports organisations and, in fact, during a visit to Africa last year, I met with Presidents of the Sudan Olympic Committee and South Sudan sports bodies,” he added.

“We want to welcome South Sudanese athletes in the Olympic Games next year.

“But at this moment I am not in a position to confirm whether there will be a decision in Kuala Lumpur.”