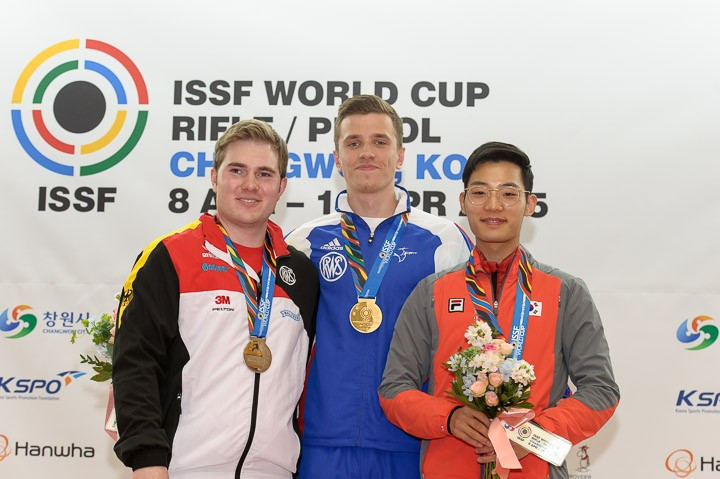 On his senior debut, the 19-year-old junior world champion beat Germany’s Oliver Geis by four hits to two in the last series with the pair tied on 25 after the penultimate final series.

“I'm very happy for the quota because we have been waiting for that moment for a long time in France, it has been a long time since we had a quota in this event.” Quiquampoix said.

“I am not automatically qualified for the Games though.

“We will have an internal selection next year, and the best will head to Rio.

Geis, ranked second in the world in the event, went into the medal match as the only athlete among the finalists whose country had already qualified for Rio 2016.

The 23-year-old secured an Olympic quota place for Germany at the 2014 ISSF World Championship in Granada, Spain, where he finished second in the senior event.

He started-off the round with three series of four hits, but then dropped down the leaderboard after hitting only two targets in the fourth.

Five hits in the sixth series saw Song close the match on 24 having chased Quiquampoix and Geis from the outset.