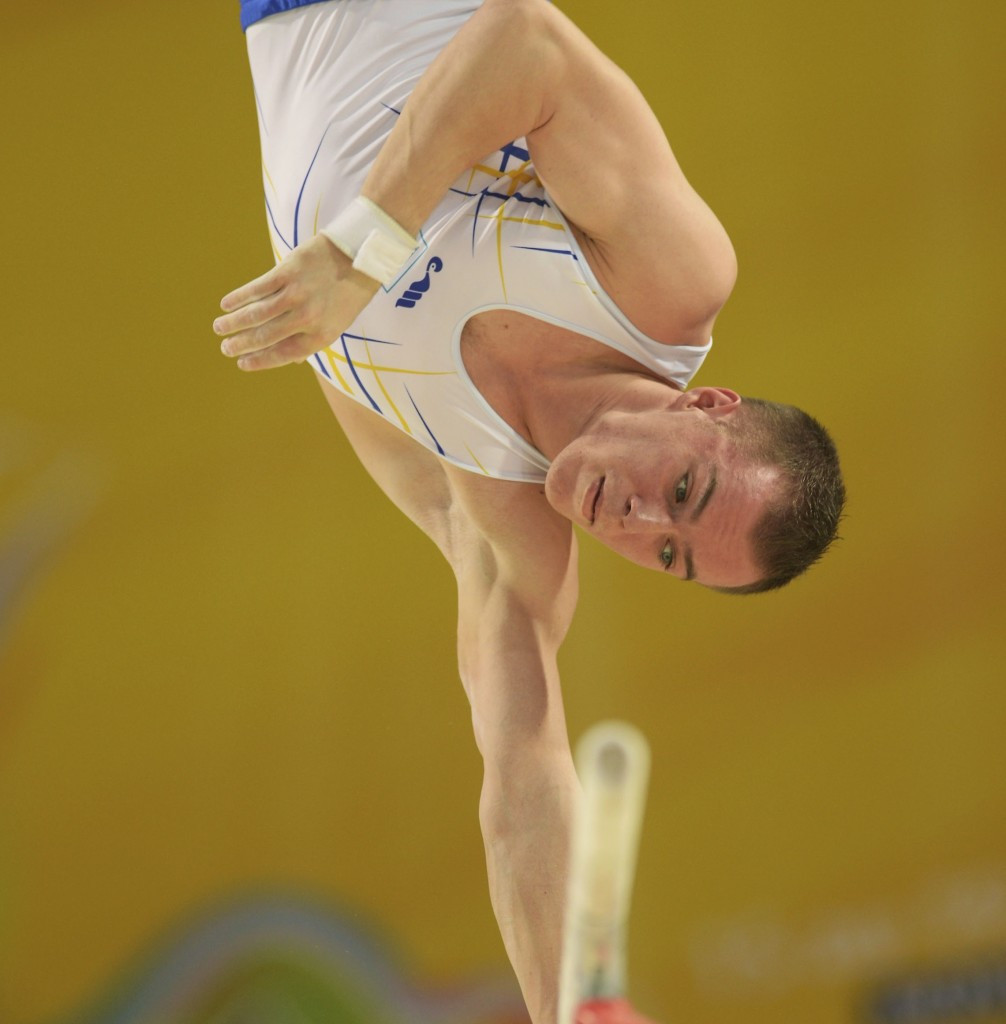 Oleg Verniaiev has made clear his intentions at the European Artistic Gymnastics Individual Championships with an 89.832 qualifying score as he goes into the all-around final in Montpellier.

The Ukrainian newly crowned American Cup champion competed alongside 167 gymnasts from 38 nations over three subdivisions at the Park&Suites Arena in the French city for a place among the 24 all-around finalists.

He is joined by Oleg Stepko of Azerbaijan who qualified in second place and Great Britain’s Dan Purvis in third.

“I'm really happy to have gone through clean,” Purvis said.

“It was difficult just making the team; that was a big challenge with the competition amongst the British boys.

“I was quite nervous going in to it but I stayed steady, a mistake on vault but a decent score that I know I can add to.

“In the final I can be right up there.”

Another tight battle was fought in the rings competition, with Greek star Eleftherios Petrounias coming out top with a score of 16.000 to hold off Russia’s defending European champion Denis Ablyazin, who progressed to the finals in second place on 15.800.

Russia’s Nikita Nagornyy leads in the vault on 15.050 and will compete in the final with Thomas, Davtyan, Ablyazin, Israel's Andrey Medvedev, Benjamin Gischard of Switzerland, Ukraine’s Igor Radivilov and German Matthias Fahrig.

Unsurprisingly, world champion Verniaiev is the one to beat in the parallel bars contest after he went through with 16.000, ahead of Romania’s Marius Daniel Berbecar and third placed Christian Baumann of Switzerland.

Brägger will also compete in the high bar final after taking top honours.

The all-around final is due to take place tomorrow, with the event finals being split over the following two days.