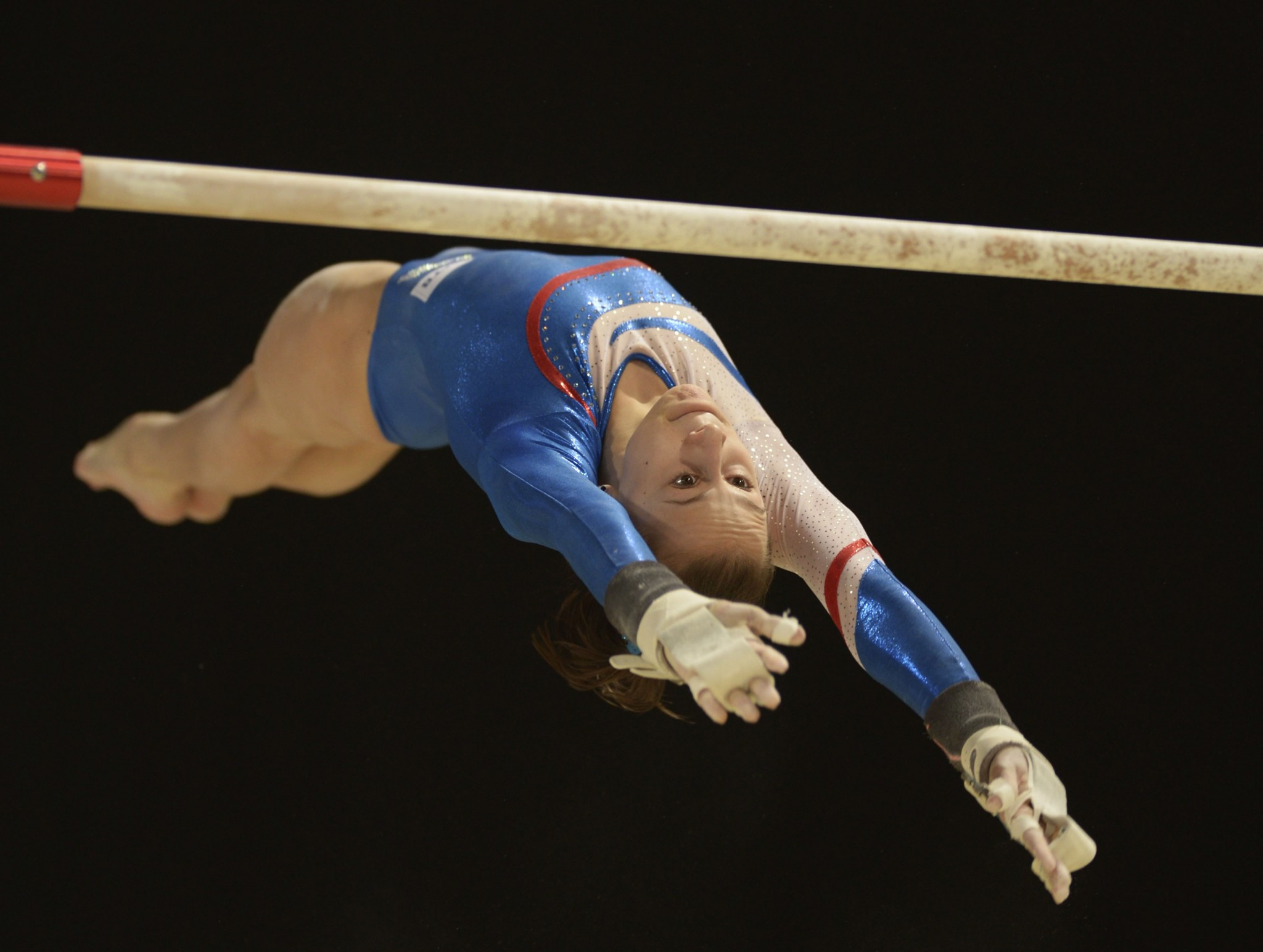 Russian champion Maria Kharenkova is currently sitting at the top of the women’s all-around standings after the first day of competition at the European Artistic Gymnastics Individual Championships in Montpellier.

The 16-year-old 2014 balance beam European champion advanced with a score of 57.698 after she was among 100 athletes from 33 nations competing for one of 24 places in the finals at the Park&Suites Arena.

She is followed by last year’s vault gold medallist, Giulia Steingruber of Switzerland, who currently leads in vault and floor and is just one point behind Kharenkova in the all-around, despite a fall on the beam.

Great Britain’s Ellie Downie, meanwhile, is in third place with 56.190 and is in second place on vault.

“I really never expected that at all.

“I felt some nerves especially going on to beam but I managed to fight through.

“The whole competition couldn’t have gone much better and has given me so much confidence, I really can’t believe it.”

Also through are Italy’s Erika Fasana in fourth place and British Glasgow 2014 Commonwealth Games all-around, vault and floor champion Claudia Fragapane, who is also a vault and beam finalist, in fifth.

Russian World Championships bronze medallist Daria Spiridonova leads the uneven bars field ahead of Downie, with home favourite Loan His also making it to the final alongside Steingruber, Italy’s Martina Rizzelli and Sanne Wevers of The Netherlands.

Unsurprisingly, Kharenkova was the only gymnast to score above 15 on beam and ended almost 0.7 ahead of Downie and Pauline Schäfer of Germany, with Romania’s Andreea Munteanu, Wevers, home star Claire Martin and Greek Olympian Vasiliki Millousi all going through.

Meanwhile, the European Union of Gymnastics Men’s Technical Committee announced it will perform a series of tests with electronic timing on the rings at the Championships to measure how long a gymnast managed to stop his gesture when performing strength holding elements, such as a cross or a planche.

The tests are a continuation of those carried out at last year’s European Championships in Sofia, Bulgaria and are being used to investigate how this process could assist the jury to electronically determine the duration of a hold when deciding possible deductions.

The competition in France continues tomorrow with the men’s qualification.

Related stories
April 2015: World stars head to Montpellier for European Artistic Gymnastics Individual Championships
March 2015: Gymnastics is set for a new dawn with Europe very much at the heart