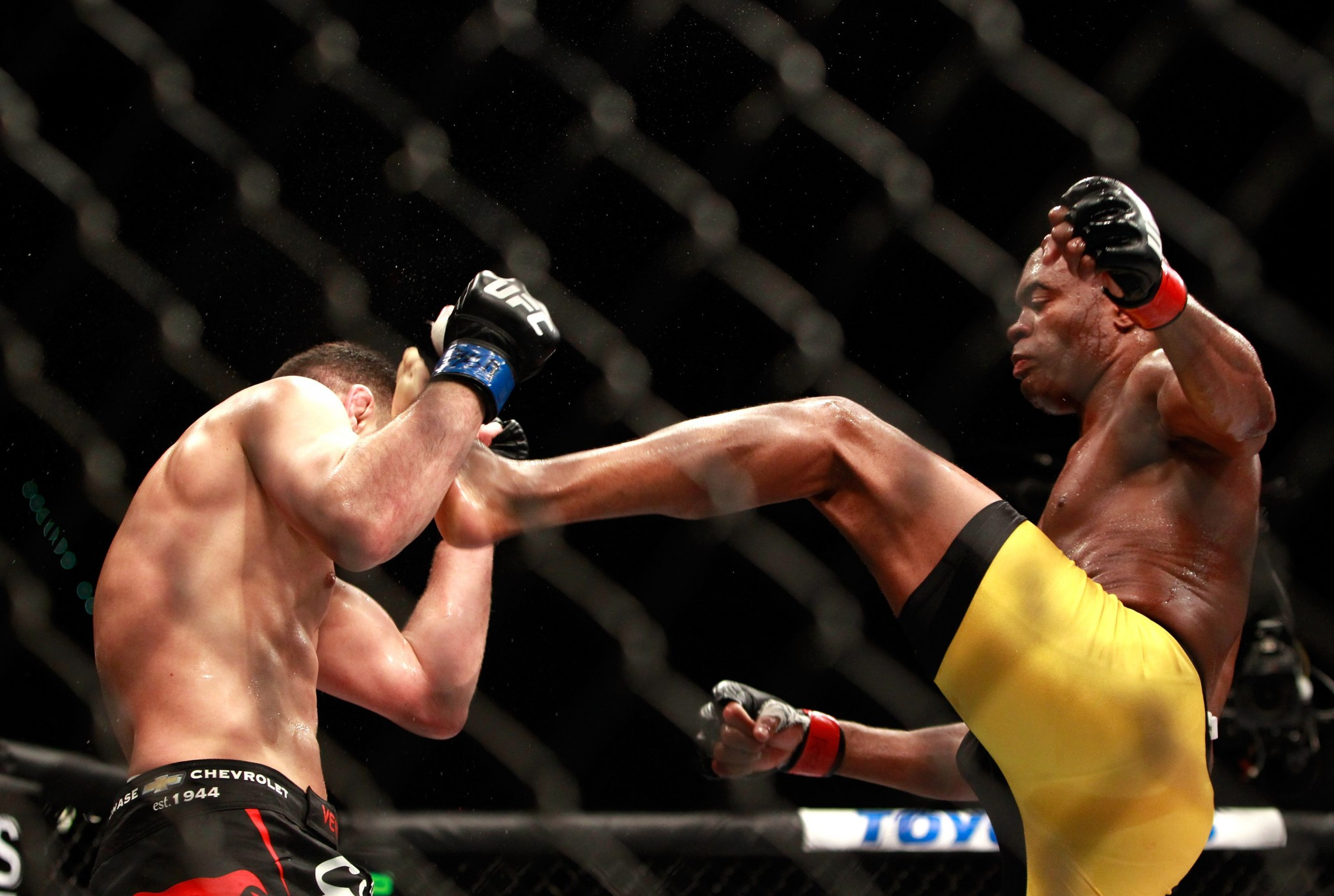 Brazilian mixed martial arts star Anderson Silva is hoping to compete at his home Olympic Games next year in the taekwondo event, despite being currently suspended for failing drugs tests in January.

The 40-year-old former Ultimate Fighting Championship (UFC) middleweight champion, a fifth degree black belt in taekwondo, wrote to the President of the sport’s National Federation, Carlos Fernandes, to express his hopes of making it onto the Brazilian squad for Rio 2016.

"Everybody knows that for a high-performance athlete, the Olympic Games is the dream of every athlete, and it wouldn't be different with me,” Silva wrote.

“It will be a great pleasure to be part of this golden team, which has a serious institution, commanded by President Carlos Fernandes, who honours us very much, along with his team.

"Therefore, I wish to represent taekwondo and Brazil in the Olympic Games in 2016.

“With all my esteem, strength and honour."

The Brazilian Taekwondo Federation has welcomed Silva's proposal and is now set to discuss the possibility of him competing in the Olympics with officials next week.

However, Silva tested positive for two anabolic steroids in tests both before and after his victorious fight over Nick Diaz at UFC 183 at the beginning of the year and is now serving a suspension by the Nevada State Athletic Commission.

He now has a hearing scheduled for May on the doping allegations, which he has strongly denied.

There are also questions being raised over his eligibility for the Olympics.