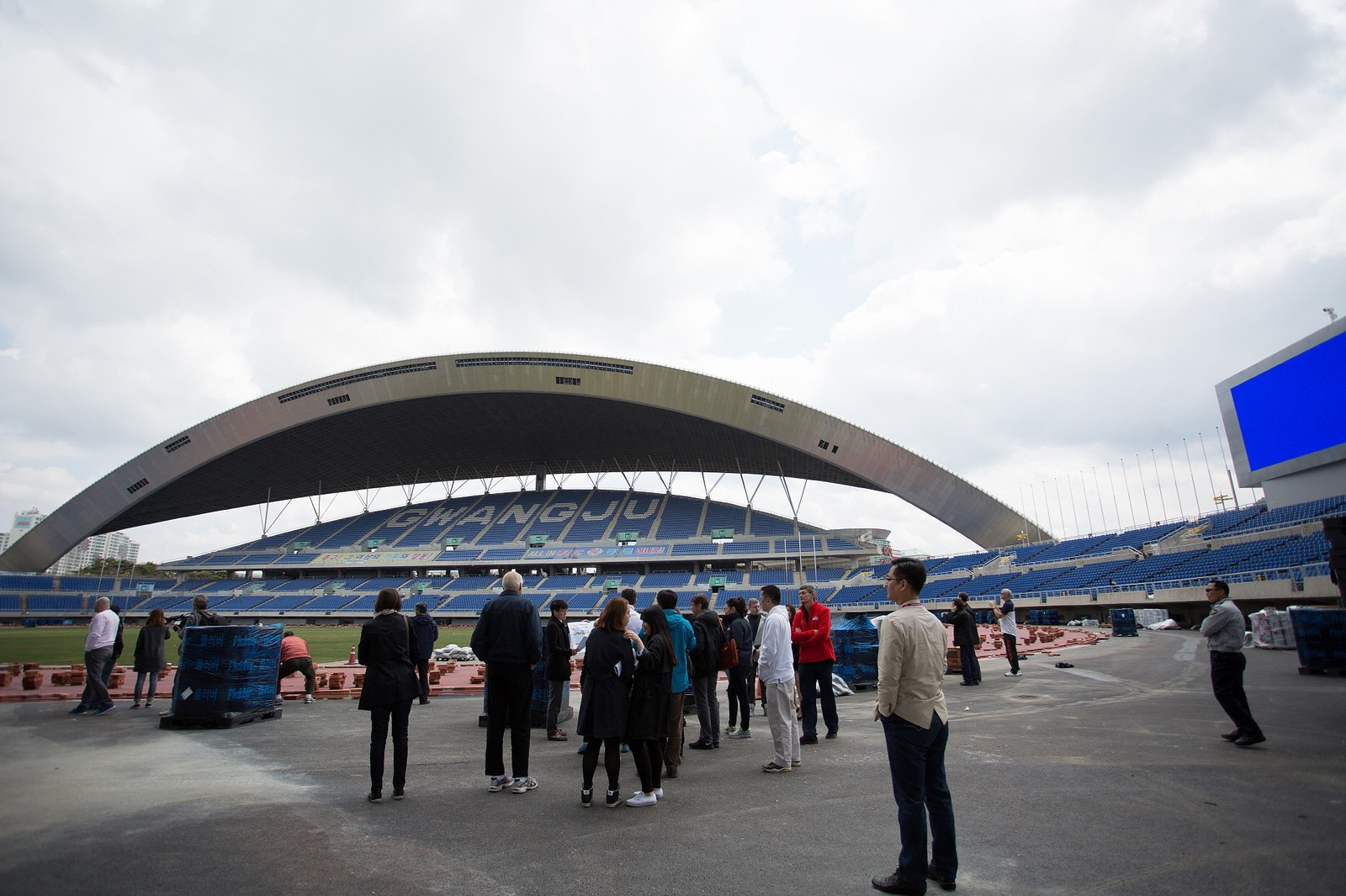 The Gwangju Universiade 2015 Heads of Delegation (HOD) meeting drew to a close with a series of venue inspections and a question and answer session, in the South Korean city.

Having inspected several venues on the opening two days the group of over 110 delegates from 51 countries, including North Korea, began the final day of the three-day visit by visiting more of the arenas due to hold events from July 3 to 14.

Having set up a main information centre for the meeting, solving problems related to issues surrounding transport, catering, the Athletes' Village and accommodation, the Gwangju 2015 Universiade Organising Committee’s question and answer session focused more on requests rather than inquiries.

Among the main topics raised at the session, which was designed to communicate with and find solutions to problems ahead of the Universiade, included free Wi-Fi throughout the Village and air conditioning.

Due to the Universiade being less than three months away, the meeting provided an opportunity for Gwangju 2015 to showcase their work ahead of the competition and have their preparations assessed.

The meeting also enabled Gwangju 2015 to provide information for athletes and officials ahead of their arrival in July, when the competition for university athletes is set to be held.

Gwangju is expecting to welcome around 20,000 participants from 170 countries to compete in twelve days, across 21 different sports.