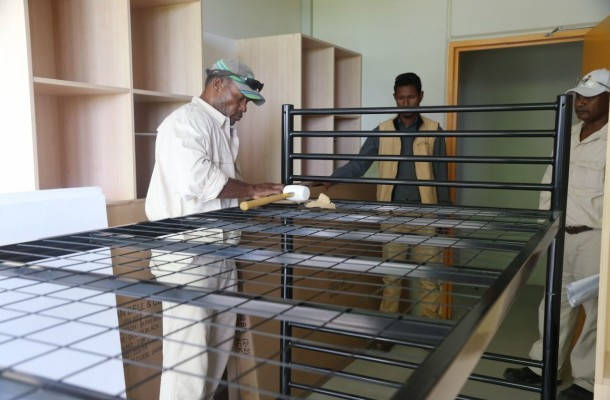 Port Moresby 2015 have claimed preparations are ahead of schedule at the Games Village after Pacific Games Gold Sponsor Brian Bell Home Centres began installation of over 400 bed frames.

The venue is set to be one of the centrepieces of the event in the Papua New Guinean capital, due to begin on July 4 and last until July 18.

The installation of the bed frames is expected to last around two months and on May 18, a shipment of over 16,000 fitted sheets and bed sheets is due to arrive.

Port Moresby 2015 chief executive Peter Stewart says this represents a huge step for them in the build-up to the Games, the biggest event in Papua New Guinea’s history.

“This is an important milestone for us as we continue to make progress in our preparations towards July,” he said.

“This is a venue that is crucial to the success of these Games.

“We want to provide the best possible accommodation for visiting athletes in the two weeks of competition and its readiness at this stage gives us more than enough time to cater to all their accommodation needs.

“In order for athletes to perform at their best, they must be able to rest well.”

The Games Village will house around 4,000 athletes and officials, and it will include entertainment facilities, as well as its own dining hall which will serve meals to the participants throughout the Games.

The facility is due for completion on June 15 ahead of the arrival of the first set of athletes expected on June 30.

As is often the case with multi-sport events, the Games Village will provide a sustainable benefit for the region as it will be handed over to the University of Papua New Guinea after the Pacific Games, who will use it to provide student accommodation.