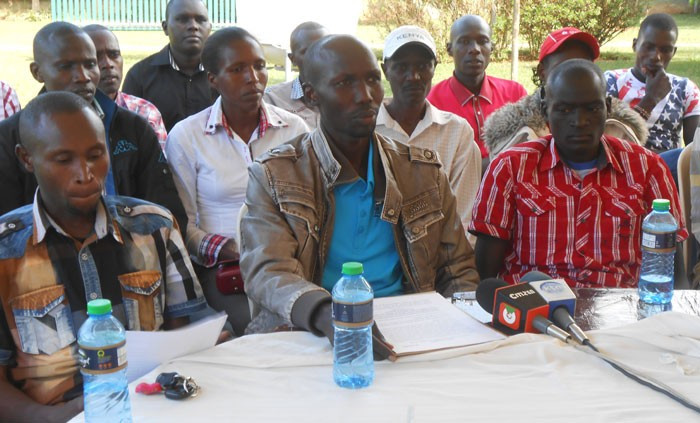 Isaiah Kiplagat, President of Athletics Kenya, announced yesterday that both agencies would be prevented from undertaking any activities in the country for six months while investigations were conducted into doping allegations in their respective camps.

Kenya’s CapitalFM Sports reported that Wilson Kipsang, the former world record holder for the marathon and chairman of the Professional Athletics Association of Kenya (PAAK), read in a statement: “The suspension of Rosa and Volare Sports, accusing them for doping has caused unrest both locally and internationally.

“The act is unprofessional and it has to be proved the mentioned firms are truly involved.

"AK (Athletics Kenya) has not tabled any facts and evidence to prove they were involved, which is unprofessional.”

Kipsang added the suspensions has distracted training ahead of competitions starting with this the Boston Marathon next Monday (April 20) and the London Marathon that follows six days later on April 26 where athletes from both camps are due to feature prominently in the elite men and women fields.

“It has also put the image of Kenya in a bad situation ahead of major global events starting from IAAF World Relays, IAAF Diamond League series, IAAF World Championships and major marathons in the world,” Kipsang, the London course record holder, stated.

Kiprop, a strong critic of doping in the past, added: “Doping is an individual case and we never wanted all of us to be sucked into it.”

Kipsang also called into question Athletics Kenya's   decision they would take over the management of affected athletes pending conclusion of the investigations where the firms will either be reinstated or banned for life.

He invoked Rule 7 Article 1 of IAAF Competition rule 2014/2015, which states: “Athletes may use the services of an Athletes’ Representative to assist them in the negotiation of their athletics programme and in such other matters as they may agree.

"Alternatively, athletes may negotiate their own athletics programmes.”

The rule, Kipsang said, gives athletes the right to choose their managers and does not give Athletics Kenya (IAAF member) powers to manage and negotiate for the athletes.

“Deceiving the public that it can manage athletes in union with IAAF with the right sense that athletes are the employers and they are the employees is an unfortunate statement,” read Kipsang.

“In our situation where the reputation of AK is not trustworthy of handling finances, failure to remit some team allowance and prizes predicts a disaster.

"They cannot manage well the over 250 athletes in the two camps.”

The athletes said there was no official communication as their agents received the ban only learning news from the media.

In January, Rosa client Rita Jeptoo, the three-times winner and twice champion of Boston and Chicago Marathons respectively, was banned for two years for erythropoietin use.

Kiplagat who is stepping down from May 1 for a three month sabbatical, did not specify allegations against Volare runners.