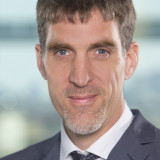 Some of us of a certain age, not just living in the UK or United States but worldwide, grew up inspired by the witty, crazy and often insightful comedy of Monty Python. For many, being at that “certain age” means we are now around the peak of our careers with the power to influence decisions which will last beyond our lifetimes.

A personal Python favourite of mine, is the scene in Life of Brian where members of the “People’s Front of Judea” meet in secret to plot the downfall of the occupying “Roman Imperialist State”. John Cleese bemoans the seemingly rhetorical question “what have they ever given us” only to conclude the list includes “the aqueduct, sanitation, roads, irrigation, medicine, education, wine, public order... and peace”.

The ideal of hosting the Olympic Games has been challenged recently with residents and local authorities questioning the value of the public investment required to enable a city to host arguably the largest event in the world. Why would London and the UK invest £9 billion ($13 billion/€10 billion) for 17 days of competition for the privileged few fans that could afford a ticket?

As someone who has worked and lived through the transformation of London over the last 10 years, from aspiring bid city to one of, if not the, most successful hosts of the Olympic and Paralympic Games in history, I have had the pleasure of being able to experience some of the city’s “return on investment” for myself. Of course, the actual staging of an event itself doesn’t automatically provide these benefits, but it does provide the catalyst for lasting political, economic and social change.

So, with due acknowledgement to Messer’s Cleese, Chapman, Gilliam, Idle, Jones and Palin, here is my perspective on the Olympic challenge that “they’ve taken everything we had, not just from us but from our fathers...and what have they ever given us in return?”...

World-class venues: There are sporting arenas which complement the assets the city already has, including the Olympic Stadium, Aquatic Centre, Indoor Arena, Velodrome and outdoor tracks, White Water Centre, Hockey and Tennis Centre - all managed in a way to balance day to day community access with the ability to host world-class events. There are also visitor attractions, such as [email protected] O2 where you can walk over the top of the world’s busiest entertainment arena, and ArcelorMittal Orbit, where you can party at the top of, or even abseil down, the UK’s largest sculpture and business and hospitality venues from the thriving new business cluster that makes up “Tech City” to the International Convention Centre at ExCel London.

Regeneration: Hosting the Olympics has enabled an area of East London, one of most socially deprived in the whole country, to be transformed into 3,000 new homes next to beautiful parkland and Europe’s largest urban retail centre employing 10,000 people. In the coming years, an “Olympicopolis” cultural quarter will be built by the Victoria and Albert Museum, University College London and Sadler’s Wells Theatre. But it also provides investor confidence to finance the development of other areas of London needing transformation, such as the Battersea Power Station site which is now being developed in to 18,000 new homes, a new business district and visitor attraction connected by two new stations and extension to London’s Underground network.

Public transport: Having been an area of concern during the bid for the Games in 2004, London’s transport system is now regarded as reliable after investment in line upgrades, well-connected following the completion of the East London line building capacity between north and south of the river and easy with the introduction of contactless payment systems across underground, train and bus networks. Transport for London’s expertise in managing the network not only kept the city moving during the Games but now means it can manage the impacts of hosting other major events such the Tour de France.

Economic prosperity: London’s international tourism figures have reached record levels, rising 20 per cent in the two years since the Games, driving more money in to the city’s economy. The constant focus on “legacy” from the Games meant organisations such as London & Partners focused on activities to generate future foreign investment and tourism, such as delivering international tourism campaigns to counter any “displacement effect”, and hosting a non-accredited media centre and a unique programme for key business guests hosted by the Mayor, while the Games organisers delivered the event itself.

Major events: According to international rankings, London is now unanimously recognised as the world’s top host of sporting events, and it has secured a calendar of world-class events for the decade following the 2012 Games. Considered investments in key signature events, such as the 2016 European Swimming Championships, 2017 World Athletics Championships and the 2020 UEFA European Championships, alongside supporting annual international sport such as NFL and ATP Tennis and creating new “city-owned” events such as the RideLondon world-class festival of cycling mean the city will continue to gain significant economic and social benefits in years to come. The city is also extending this expertise and capability to hosting valuable major events in other sectors such as the London Technology Week and London Light Festival.

Inclusivity: The atmosphere generated in London when hosting the Paralympic Games was a game-changer for disability sport. Years of preparation ensured plans were in place to make facilities equally suitable for both able-bodied and disabled athletes and spectators - whether hotel rooms, taxis, underground trains or training facilities. London continues to make disability sport welcome, hosting and broadcasting the inspiring Invictus Games for wounded servicemen and women, international Wheelchair Rugby during the 2015 Rugby World Cup and the International Paralympic Committee Athletics World Championships for disabled athletes alongside the able-bodied International Association of Athletics Federations World Championships for the first time in the history of the events.

Volunteering: A total of 70,000 Games Makers and 10,000 city “ambassadors” made a lasting impact on everyone who visited the 2012 Games in London. Since then, the Mayor of London, charitable organisations and private sector partners have continued to invest in a programme of volunteering throughout the city, known as Team London, which offers young people opportunities to develop skills and help make their local community a better place to live, whether welcoming tourists on Trafalgar Square or planting bulbs in a local community garden.

Bikes: Since being awarded the rights to stage the 2012 Olympic and Paralympic Games, Transport for London have helped more than double the number of cycling trips on London’s roads, introducing the Cycle Hire scheme, which hasd more than million hires per month at its peak. They have improved roads and junctions to make them more cycle-friendly, including a series of “Cycle Superhighways”, and supporting the creation of RideLondon, a weekend festival of cycling on closed roads for over 80,000 cyclists of all abilities, including personally completing the 100 mile challenge alongside 20,000 amateur cyclists.

Okay, apart from world-class venues, regeneration, public transport, economic prosperity, major events, inclusivity, volunteering and bikes, what have the Olympics ever given us?...

Self-esteem: Undoubtedly London is now seen differently by a huge proportion of the worldwide population, not least triggered by the mesmerising Opening Ceremony watched by a global audience of one billion, but also Londoners themselves have grown in confidence as a result of the Olympic and Paralympic Games. In a survey by the BBC one year on from the 2012 Games, 72 per cent of Londoners believed the Games were a worth the £9 billion public investment and 79 per cent wanted to see it return in their lifetime.