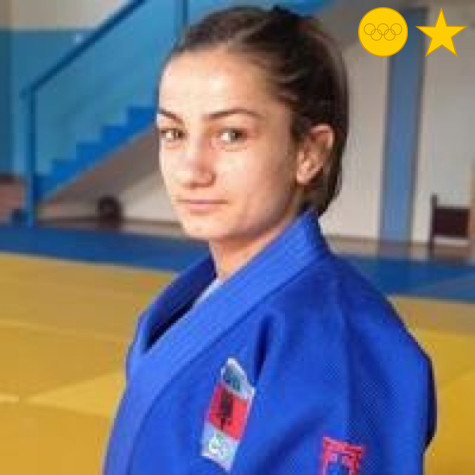 I always had a dream to represent my country because Kosovo is a new country and I just wanted to show to the world that we are a sports state and we deserve to be equal with all athletes in world.

I can say that 2009 was a key moment for me because I won the European and the Junior World Championships. Since then I knew it that judo is going to be my profession, my life, my everything.

The title that I won in Rio 2013 was a historic moment for my country and now when I won it for the second time it's just a stamp that in Kosovo lives one of the best judoka in the world. I really believe that judo is more than a sport because through judo I did for my country and for my people much more than politics or politicians can do and I am very happy for that.

Judo is the most successful sport in Kosovo and all the time we have new and young talents. A lot of girls want to become like me one day and I feel good that I am such an inspiration and I believe that in the future we will have a big team.

The prime reason why we have a successful team is that we have a great coach. There are a lot of good and talented athletes in Kosovo but there are no high level coaches. Our coach knows judo very well, he has beautiful judo and we are very lucky that he lives in Kosovo because without him I would not be who I am today, he is a hero! The support of the IJF has always been important not just for me not just for our Judo Federation but for all sports in Kosovo. IJF President Mr Marius Vizer has helped us a lot in many ways and we are very grateful to him.

Of course I needed to work hard, I have dedicated my life to this sport and yes it is very very hard to continue to be on the top of the world but I wanted to take an Olympic medal and I really believed that I would.

Judo as a sport under Mr. Vizer has become more popular and the World Judo Tour is the biggest thing which happens for athletes and our sport. I think many sports are looking at the model of judo and how fast the sport has grown.