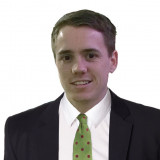 With the Olympic Agenda 2020 set to culminate in an Extraordinary International Olympic Committee (IOC) Session in Monte Carlo on December 8 and 9, talk of gender equality, parity of prize money and increased playing opportunities under a single unified body certainly hit all the right notes.


A lengthy consultation process involving the sport's major stakeholders over the past 10 months has come to fruition at just the right time, with the PSA set to operate as the governing body for both the men's and women's ranks from January 1, 2015.

It seems like the perfect plan but talking exclusively to insidethegames, PSA chief executive Alex Gough insists it's more a coincidence rather than an intentional ploy to coincide a hugely significant moment in squash's history with an equally important period for the Olympic Movement.

One thing that isn't a coincidence though is the PSA's commitment to gender equality and creating a commercially viable sport.

Gough, a former squash player who reached a career high of world number five in 1998, says that all the discussions held with the IOC have "been around these sorts of areas" and that "it makes perfect sense" to take their advice on board and act upon it accordingly.

The announcement of the merger, and the PSA's continued commitment to paying equal prize money, provided a swift response to a study published by BBC Sport two days earlier, which reported that the biggest disparities in prize money were found in football, cricket, golf, darts, snooker and most interestingly in this case, squash. The study confirmed that Laura Massaro, the first English woman to hold world and British Open titles simultaneously, who was instrumental in bringing equal prize money to the British National Squash Championships and increasing women's prize money for the British Open, received £16,300 ($26,000/€20,800) less for winning her world title than men's world champion Nick Matthew, who secured £28,600 ($45,600/€36,400), when he won his third world crown in November 2013.

Last year, the US Open became the first major tournament to offer equal funds for both the men's and women's competition and Tommy Berden, chief executive of the WSA, has claimed more events are expected to follow suit in the upcoming year.

Speaking about the commitment to paying equal prize money, Gough added: "We've just got to keep driving the commercial value of the sport upwards, so that it's workable and the men's and women's games are the same. Squash has suffered a number of knock-backs in its push for Olympic recognition and Gough has been involved in three unsuccessful bids in recent years, all of a very different nature.

In 2005, squash was actually among the two sports, along with karate, recommended for inclusion on the London 2012 programme by the IOC Session in Singapore only to be denied when they failed to muster the two-thirds majority required in a subsequent vote to grant them Olympic sport status.

Four years later, another campaign fell by the wayside when the IOC decided to add golf and rugby sevens to the Rio 2016 programme, replacing baseball and softball, whose last appearance was at Beijing 2008, to put the sports back to the maximum of 28.

And in 2013, the bid saw seven candidate sports, made up of squash, karate, wushu, sport climbing, baseball/softball, rollersports and wakeboard, vying to be added to the programme in place of wrestling, which was initially dropped in February but then reinstated seven months later.

As an ex-player and a true fan of the squash, Gough believes it would be the pinnacle of the sport to make it onto the programme in the future.

"There are a lot of sports in there where it is the pinnacle and squash would be amongst those," he said.

"Everyone saw what it meant to the guys and the girls in the Commonwealth Games, another very big multi-sport Games that squash featured in pretty heavily this year.

"And you can see what it meant to everyone that won medals at that Games.

"Obviously the Olympics is that next level up.

"It's still the ultimate ambition for squash and we're going to keep pushing hard to try and achieve it."